BY Sean Snyder and Olga Bryukhovetska in Opinion | 29 MAY 14

‘It is by refusing to turn Russian money into cultural capital that we can get the point across that Putin’s policies are beyond the pale,’ wrote Jonathan Jones in a Guardian blog entry entitled ‘Let’s Hit Putin where It Hurts – All Artists Must Boycott Russia’, posted in early April. In fact, by that point, discussions around a boycott of the Kasper König-curated Manifesta 10 – slated to take place in Saint Petersburg from 28 June to 31 October – had been ongoing for several months, initially prompted by the Russian authorities’ oppression of dissidents and lgbt rights activists, and subsequently fuelled by events in Ukraine, with Russia punishing the country for the democratic victory gained during the recent Maidan protests in Kyiv. While the Polish artist Paweł Althamer, the Romanian artist Dan Perjovschi and the Saint Petersburg-based collective Chto Delat? have already declined to participate, the evolving situation in Ukraine compels everyone involved in Manifesta 10 to take a stance on whether or not to collaborate with Russia’s rich and powerful.

The word maidan – square – has come to define a revolutionary, self-organized people defending their rights. Since 1989, when students demanding Ukrainian independence from the Soviet Union occupied Maidan, major protests have always taken place here. In a bid to inhibit mass protest, the square’s lavish open spaces – typical of late-Soviet design – were remodelled in the early 2000s: kitschy sculptures were installed and glass domes rose up from the new underground shopping mall, impeding movement. These precautionary measures failed dramatically, however, when allegations that the election of the country’s Prime Minister, Viktor Yanukovych, had been corrupt resulted in the Orange Revolution of November 2004.

The latest Maidan protests, which began on 21 November 2013, saw the site reconfigured as a stronghold for protesters, who occupied the square with tents and tyre barricades. Art was a significant presence from the outset, with students from the nearby Kyiv Conservatory carrying a piano into the square and playing Chopin for the crowd despite freezing temperatures. The protestors, a number of whom were artists, designed posters, painted helmets and graffitied slogans around the square.

Performance became an important part of the protest, too: a way to articulate dissent. When any of the titushky – mercenary members of the Ukrainian police force acting as hooligan agents provocateur – were identified and caught by the self-organized Maidan guards, they were publically shamed by having titushka written on their foreheads. However, other protestors – critical of the rightist agenda of the Maidan guards – turned that act of humiliation into one of civil disobedience through the performance Write On Your Forehead, in which they adopted the role of an ostracized member of society. A bisexual woman scrawled the word ‘pervert’ on her forehead – a term still widely used in Ukraine to refer to LGBT people – while a member of the anarchist trade union wrote ‘leftist’ on his, a label still considered pejorative in post-communist society.

One artist protestor daubed the words ‘provocateur and degenerate’ on his forehead: a definition an audience member gave him during his lecture at Maidan’s Open University addressing Ukrainian art censorship. That artist was Nikita Kadan. While there are numerous shows dedicated to Maidan already taking place in Ukraine, Kadan seeks to broach the subject as slowly and obliquelyas possible. Art, he told us when we met him recently, cannot compete with the events of Maidan itself as a live Gesamtkunstwerk.

The aesthetic power of Maidan could, perhaps, be defined as that of a deeply democratic social movement founded on the principle of self-organization and the collective fight against corrupt, exploitative and criminal powers. There is great tragedy in this beauty, though. As the Maidan protests have gained global recognition, a strange war has erupted: Russia has occupied Ukrainian territory with incognito forces, resulting in the annexation of Crimea, and several key international accords, which served as the basis of postwar peace in Europe, have collapsed overnight – amongst them the 1994 treaty signed by Russia to respect Ukraine’s border in return for the country’s nuclear disarmament, thereby invalidating the very notion of a guarantee.

How should art respond to this situation? Self-mobilizing Ukrainian artists, actors, singers and intellectuals have founded an Assembly of Cultural Workers, whose aim is to develop and implement cultural policies. One of the values shared by the majority of these cultural workers is the boycotting of Russia, the repudiation of Russian money and exposure. Three Ukrainian artists – Kadan, Lada Nakonechna and Mykola Ridnyi – have already withdrawn from an exhibition at Garage Museum of Contemporary Art in Moscow. Two others, Daniil Galkin and Maria Kulikovskaya, have cancelled their show at Saint Petersburg’s Erarta Museum, which would have run as a parallel event to Manifesta 10. However, a number of participating artists from Ukraine, Georgia and Moldava haven’t yet withdrawn. Whatever message they feel their work has to offer, surely, in the current situation, drawing a blank would have made a much stronger statement.

Sean Snyder is an artist and Olga Bryukhovetska is Professor of Cultural Studies at the National University of Kyiv-Mohyla Academy, Ukraine. They live between Kyiv and Berlin, Germany. 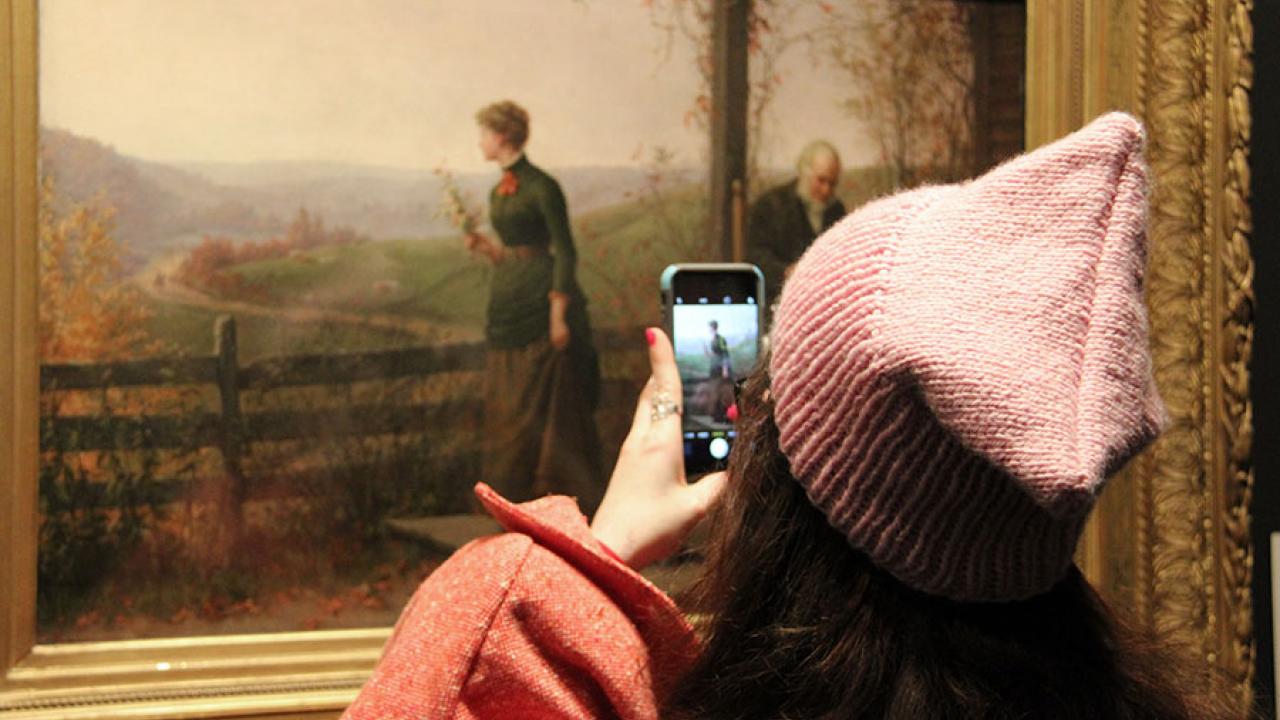 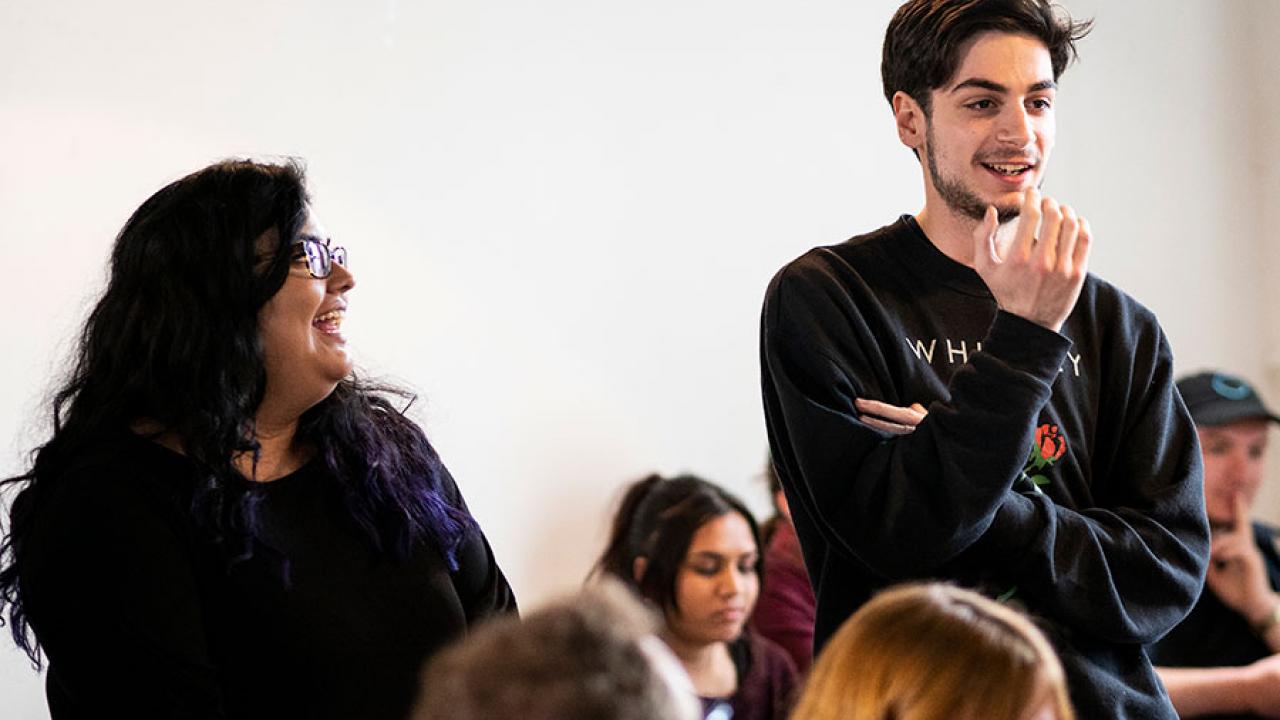 ‘Everyone you let in through the back door will disadvantage someone without those connections’, a new report argues