Philip Roth, the novelist who probed the depths of male desire and American anxiety, died this week, aged 85. He was best-known as a darkly comic writer whose works explored Jewish identity in the US and the perils of authorship through a lens of frustrated heterosexuality riven with uncontrollable lust. Men hungered for women in his novels, and in The Breast (1972), even became one’s breast. With his fourth novel, Portnoy’s Complaint (1969), Roth reshaped his career from the relatively straightforward narrative mode of his first three novels into jumpy, deeply psychological territory, wherein characters become possessed by, and often destroyed through, their inability to cope with their mothers and lovers. His moral universe was one shaped by betrayal and politics, self-persecution and the exasperating realities of the US in the second half of the 20th century, when the fallout of the Vietnam War left American society curdled with anger and resentment. As he told The New York Times, ‘[John] Updike and [Saul] Bellow hold their flashlights out into the world, reveal the world as it is now. I dig a hole and shine my flashlight into the hole.’

For those of us who admired Roth, the novelist could be off-putting and ego-maniacal, unmatched perhaps by anyone except his own protagonists, like Nathan Zuckerman, the anxious novelist who appears in nine books, most notably the ‘Zuckerman Bound’ quartet, or Alexander Portnoy, the lusty protagonist of Portnoy’s Complaint. It was well-known that Roth craved the Nobel Prize, and perhaps it was his public desire for the Swedish laurel that doomed his chances – we might view Roth’s ambition as excessive, but I came to see his self-regard as a somewhat refreshing (if out-sized) affirmation of the high art of navel-gazing. Or, to frame it in terms that might excite young Portnoy, seated before his psychoanalyst, I think of this late-stage craving for the literary world’s biggest prize as a Freudian agon with Roth’s literary paterfamilias, Saul Bellow, who received it in 1976. It was ‘love love love’ that Portnoy – and let’s say Roth – really pined for. 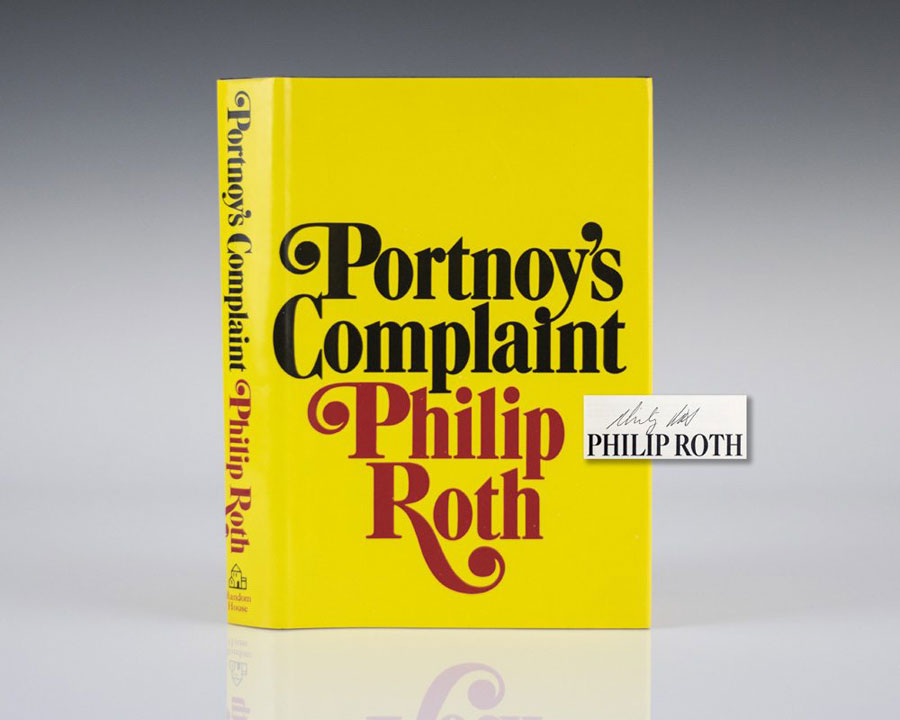 Yet, it is ultimately appropriate, then, that he should have died on the year when it won’t be awarded (for the first time since the Second World War); the award committee has been paralyzed by accusations of sexual impropriety and harassment. Roth himself wasn’t surprised by #MeToo, as he told The New York Times’s Charles McGrath earlier this year:

‘Men responsive to the insistent call of sexual pleasure, beset by shameful desires and the undauntedness of obsessive lusts, beguiled even by the lure of the taboo – over the decades, I have imagined a small coterie of unsettled men possessed by just such inflammatory forces they must negotiate and contend with. I’ve tried to be uncompromising in depicting these men each as he is, each as he behaves, aroused, stimulated, hungry in the grip of carnal fervour and facing the array of psychological and ethical quandaries the exigencies of desire present. I haven’t shunned the hard facts in these fictions of why and how and when tumescent men do what they do, even when these have not been in harmony with the portrayal that a masculine public-relations campaign — if there were such a thing — might prefer. I’ve stepped not just inside the male head but into the reality of those urges whose obstinate pressure by its persistence can menace one’s rationality, urges sometimes so intense they may even be experienced as a form of lunacy. Consequently, none of the more extreme conduct I have been reading about in the newspapers lately has astonished me.’

While Roth was fixated on the lines we draw between one another, he was far more concerned with the carnality of those individuals who exploit those moments when such lines blur. Propriety, fairness, respect, peace – among sons and fathers, sons and mothers, women and men, Jews and gentiles, whites and people of colour – these, in Roth’s universe of men seeking women, and women seeking to reform the men who seek them (When She Was Good (1967) or 1998’s cruelly autobiographical I Married a Communist), are high-rent concepts the novelist explored often by way of their inverted dilemas. In those episodes, Roth found that such ideas fail to curb the overriding, masturbatory fantasies of men stoned on their own lust. Ugly stuff. 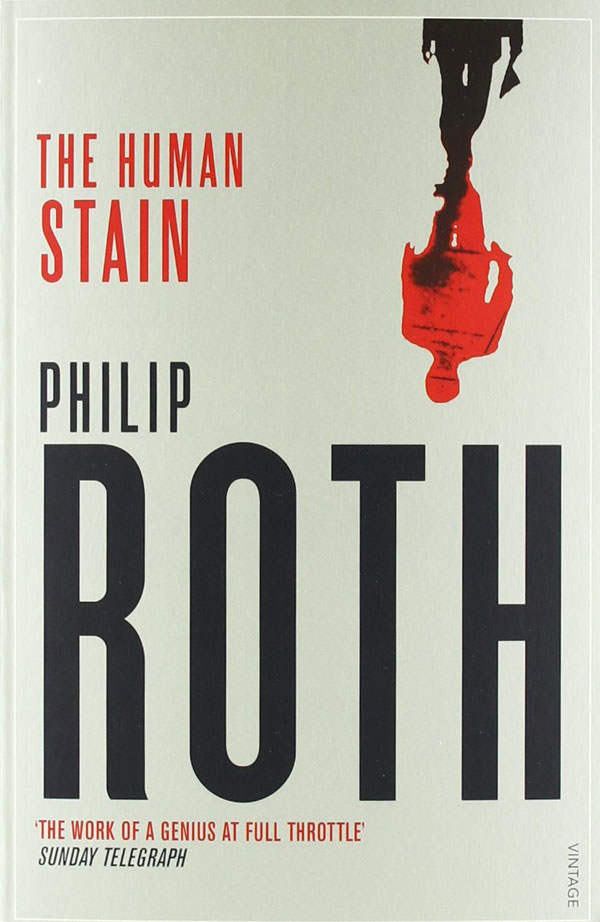 Often enough, the failure of these concepts was not thanks to individual men, but to the national character; in this, lofty ideals simply dissolved in the acid of American inequities. Seeing women ice-skating in Newark, Portnoy – ‘an angry thirteen-year-old little Jewish Momma’s Boy’ – discovers ‘the most poignant hours of my life … I learn the meaning of the word longing. I learn the meaning of the word pang.’ Portnoy can only frame his experience in terms of his sexual isolation from the girls on the lake, but his experience speaks to a broader anxiety within Roth’s men. In later, mature works, this longing became a pang of needing to belong, not only to women, but to a country – a ‘shikse under the arm’, Portnoy quipped – the novelist loved but felt could turn on him, on the Jews, on anyone a moment’s notice. (It is fitting that he should analogize the country he felt so complexly about to a woman; with Roth, gender was both everything befuddling about the world and the handiest schematic for simplifying it, usually to the point that any characterological nuance among non-men could be, and too often was, lost.) America, like any Rothian lover, is always prepared to bust the Communists, bomb the post office, fire the college professor, propose a suicide (as the ghost of Sabbath’s mother does in 1995’s Sabbath’s Theater) as a remedy for failure.

In his 2004 alternate history of the 1940 election, The Plot Against America, Roth casts the American aviator Charles Lindbergh as a racist, isolationist Republican candidate for president who surprisingly beats Franklin D. Roosevelt for the presidency by exploiting the lack of appetite for conflict with Nazi Germany among Midwesterners and Southerners. Lindbergh implements an ‘America First’ policy that scapegoats the Jews, and later interns them in the West. The eerie resonances with the 2016 election are obvious: ‘The unfolding of the unforeseen was everything. Turned wrong way around, the relentless unforeseen was what we schoolchildren studied as “History,” a harmless history, where everything unexpected in its own time is chronicled on the page as inevitable.’ For Roth, the comparison was considerably over-done, since his Lindbergh is a coldly effective figure, whereas Trump is a ‘massive fraud, the evil sum of his deficiencies, devoid of everything but the hollow ideology of a megalomaniac.’ The Plot sends Lindbergh to a watery grave; as for Trump, we cannot be so certain of his fate – that perhaps he might triumph where Lindbergh didn’t, despite those deficiencies, might itself be a Rothian device.

Roth's vogue in my reading life ended before I could legally drink, before I had come out as a gay man, before I’d ever read Virginia Woolf. In the end, Roth seems to appeal mostly to boys – straight white boys sensitive enough to be frustrated with the masculinity conferred upon them by society, but not yet sophisticated enough to be free of it. Roth did manage to break the chains, or at least shift their weight, particularly in later years, when his novels – for better or worse – refocused on his early childhood in Newark, history and growing old (a form, for him, of growing up). But I can’t help but feel that his greatest achievement was not in capturing the lusty depravity of angst-ridden men, but in reforming their arrested development as an erotic poetry – a poetry I no longer love and am not quite sure why I found so appealing in the first place. The only time I’ve ever thrown away a book was one by Roth – The Humbling (2009). I was standing on a subway platform in midtown Manhattan when I had finally had enough. I sighed and left it on the bench, confused by the outsized scale of Roth’s ego to his increasingly modest art.

But I also think leaving behind or unloading a few novels by Roth is a way of admiring his legacy since, as a writer, he built a career out of unloading himself onto the page, sometimes with maddening self-importance. Reading Roth only to then give his work away acknowledges that it presents a problem many of us must face but, in resolving for ourselves, may then move beyond. I don’t mean to dismiss Roth’s accomplishment; his sentences are beautiful in their exquisite, perfectly-balanced plainness, his examinations of the desire and tragedy of Jewish life moving in ways few of his contemporaries ever achieved. But I feel that his thoroughness in digesting himself, ego and all, is just that, thorough, too thorough – completed with utter finality.