Postcard from the West Bank

Atop a serene hill just outside the West Bank university town of Birzeit, booming voices of taxi drivers have begun slicing through the quiet. ‘Damascus! Nablus! Beirut! Ramallah!’ they shout – Levantine destinations echoing through the landscape, which offers a particular brand of Palestinian pastoral, filled with rolling hills and olive trees.

There’s only one reason to be heading to the top of this particular hill: to pay a visit to the West Bank’s first quasi-national art institution, the Palestinian Museum. The disembodied voices, blaring from loudspeakers in the museum parking lot, are bewildering – familiar in their local urbanity, jarring in their present, rural surroundings.

That’s the beauty of Untitled (servees) (2008) by Emily Jacir – even if you know you’re on your way to an exhibition, the sound installation throws you off your axis, if only for a second. It was originally installed outside of the Old City of Jerusalem, where shared taxis (servees) once travelled to cities as far away as Beirut or Baghdad. Jacir, in researching Palestine’s increasingly fractured transportation networks, recorded Jerusalem taxi drivers calling out their former destinations. The work opens the Palestinian Museum’s inaugural exhibition, ‘Jerusalem Lives’ (Tahya Al Quds) – a highly political homage to the city that lies just 30km south of Birzeit, and which Palestine considers its capital.

For the past 15 months, the Palestinian Museum has sat, perched atop this hill, largely empty. When the building opened back in May 2016, it made for slightly cynical headlines – the gleaming angular structure, designed by Irish architecture firm Heneghan Peng to mimic the olive tree terraces of Birzeit, was inaugurated with much fanfare, but no artwork inside.

This was not some sort of conceptual statement – it was instead the result of office politics, when original director Jack Persekian parted ways with the museum’s board in late 2015. Despite the setback, the Taawon-Welfare Association, a private Palestinian NGO which heads up the project, decided to open the USD$24million building in May 2016, as planned. It was a highly symbolic event for the board, which had been working towards establishing a transnational Palestinian museum since 1997 – an unprecedented cultural endeavour in the face of Israel’s military occupation, implemented across East Jerusalem (which includes the Old City) and the Palestinian territories since 1967 and considered illegal under international law.

The museum aims to be one ‘without borders’ – no small feat in an area where borders, both visible and invisible, often keep cultural institutions from realizing their goals. In the occupied territories, simple tasks such as transporting works of art and arranging for visiting curators can quickly become logistical nightmares – military checkpoints run by Israel determine the flow of people and goods in, out and around the West Bank, and many Palestinians who live there cannot cross into Israel or Jerusalem.

Cue ‘Jerusalem Lives’, curated by Reem Fadda, formerly a curator at the yet-to-open Guggenheim Abu Dhabi project. ‘For me, the most important thing to deal with at this point in time, as a cultural institution, is Jerusalem,’ she told me the day before the 48-artist exhibition opened to the public on 27 August. She conceived of ‘Jerusalem Lives’ as an educational project, infused with Palestinian artwork, illustrating how Jerusalem’s once global identity has ceased to exist – shown here as a result of the continued, exclusionary strategies employed by Israel.

Inside the museum, the exhibition is displayed within a maze of angled walls, where themes about Jerusalem’s representation, economy, religious ideologies and cultural heritage all play off one another. It’s an overwhelming mix of facts and figures – interactive screens, rolling news footage, infographic posters depicting Israel’s military-industrial complex in numbers – and then there’s the artwork. Ahed Izhiman’s circular photographic installation The Ring (2017) sees viewers stand in for the Holy City, which is surrounded by the illegal Israeli settlements in his panorama. A pristine model from c.1700 of the Church of the Holy Sepulchre, inlaid with traditional Palestinian mother-of-pearl, bears witness to the region’s Arab-Christian heritage. Sliman Mansour’s iconic painting of a woman birthing the city, Jerusalem in the Heart (1979), reminds viewers that the people of Jerusalem are more important than any grand iconography.

If the goal was to bring the ongoing, uneasy tension of Jerusalem to the West Bank, however, the success lies in the museum’s newly created sculpture garden. Eighteen Palestinian and international artists were invited to respond to the idea of Jerusalem with site-specific installations, resulting in a diverse zig-zagging stroll around the museum grounds. Vera Tamari caged a bright green stairway to nowhere in Home (2017), mimicking the ‘security’ measures enforced by Israeli settlers over shared Palestinian courtyards in the Old City; Athar Jabar invites visitors to touch, lean, and scrawl on a piece of Palestinian limestone he has hewn into a synthesis of the holy and mistreated street stones he witnessed in Jerusalem. Every night when the sun sets behind a distant Tel Aviv skyline, Palestinian artist Inass Yassin’s light box installation God Bless (2017) glows to life. Its 1-metre-high Arabic letters read: Bless this land whether it is holy or unholy; as the sky grows dark, any borders visible beyond the hillside disappear.

Mary Pelletier is a photography historian and art writer currently based in Istanbul. 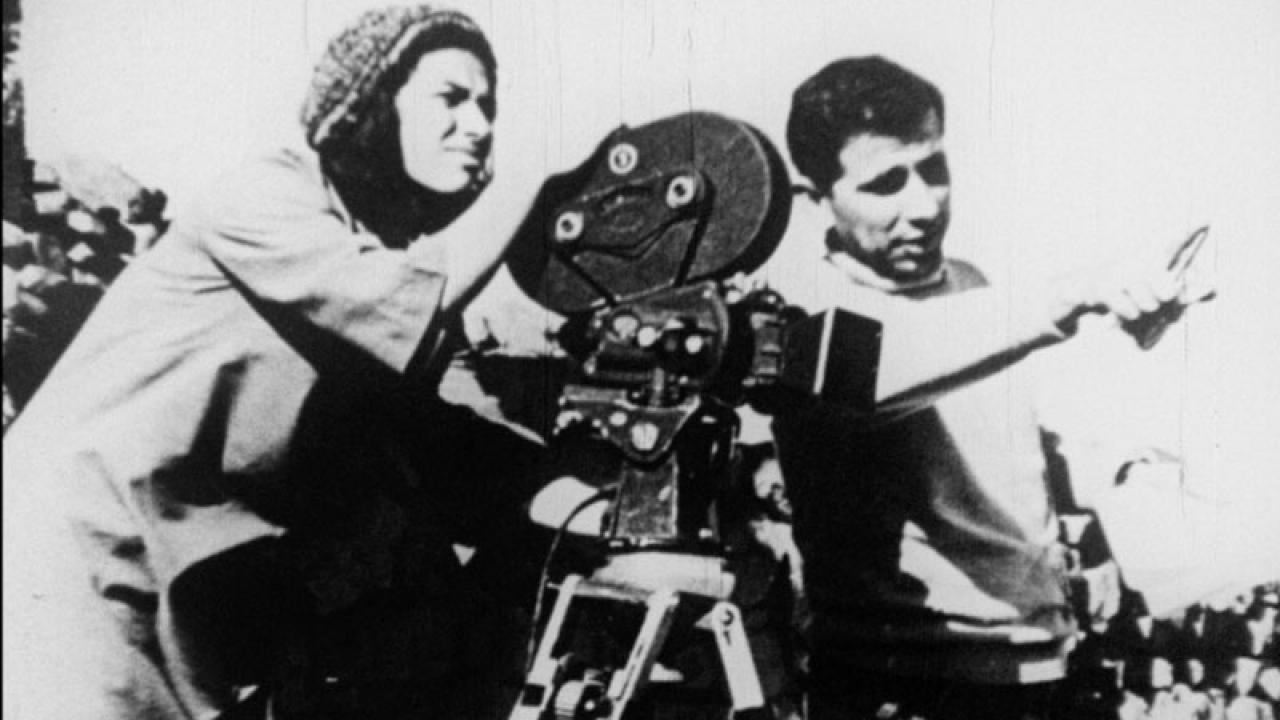 Opinion
‘Find a Story in a Grain of Dust’: the Search for Palestine’s Lost Cinema