A report from Geneva, the Swiss centre of diplomacy, tax avoidance and a dizzying array of art spaces

If you look for examples of religious iconoclasm practiced on a concentrated scale, you might find elegies for the old city of Mecca or half-remember lessons on a Byzantine crisis of conscience in the 9th century. Few would consider the Swiss city of Geneva as candidate for the spiritual home of zealous image smashing. Nor are the Swiss tourist board likely to plaster that across their next campaign. Not that Geneva has tourists; it has pilgrims, pitched up in tents and circumambulating the United Nations Office. In 1535 the Bildersturm (German for ‘statue-storm’, or an outbreak of iconoclastic fury) swept Geneva, egged on by the writings of the great Protestant reformer John Calvin, who would seek refuge in the city some seven years later and effectively turn the city into the first theocratic state of the Reformation.

It is fitting that Geneva was the home of Reformation iconoclasm, everything glorious and profane clearly having been sacrificed on the altar of the protestant work ethic. But, as Calvin would have agreed, surfaces betray the complexity of their creation. Geneva is a global city: a centre of finance, diplomacy, and widespread tax avoidance. With the highest number of international organizations in the world, it is a lynchpin of the global economy, and the geographical nexus of globalized trade and non-governmental humanitarian assistance.

Far from the red light district and the non-governmental organization HQs, near the youthful Carouge district, lays a series of warehouse complexes known as Geneva’s Freeport. Secure, long-established, and tax-free, the Freeport has become the repository of choice for international art collectors. There is estimated to be over a million works of art stored in the Freeport, ranging from ancient Roman antiquities to at least 1,000 Picassos, as well as the private collection – value USD$2 billion – of Russian billionaire Dmitry M. Rybolovlev, which itself contains Rothkos, an El Greco, and a Da Vinci. Dealers have begun to make Geneva’s Freeport their personal salesroom, with many of the drab complexes boasting viewing rooms that offer a brief interlude in the protracted private lives of these artworks. Just when Switzerland had shaken off its hard-earned reputation as a safe haven for plundered Nazi gold, the recent release of the Panama Papers pointed prosecutors directly to the Freeport from where Amedeo Modigliani’s Seated Man with a Cane (1918) – appropriated during the war from the Jewish art dealer Oscar Stettiner – was being held by law firm Mossack Fonseca on behalf of its owners, Helly and David Nahmad.

Geneva’s Freeport is, in many respects, one of the world’s great art museums, albeit one to which the public is not invited. No surprise then that Genevan citizens, when consulted on a proposed Jean Nouvel-designed extension to the city’s Musée d’Art et d’Histoire, voted it down.  Swiss lawyer Christophe Germann argued that, instead of spending USD$131 million on the extension, private collectors should make their warehouses in the Freeport accessible to the public, and give back to the society that allows them such tax leniency. Voters were right; the extension would have been bombastic, especially taking into the account the sublime emptiness of the Musée d’Art et d’Histoire. Upon my visit I found the echoing whitewashed halls and clattering brass doors the perfect setting for paintings like those of Félix Vallotton, such as the banal cruelty of his Orphée dépecé par les Ménades (1914) and the enthralling La haine (1908).

For a city with a population of less that 200,000, Geneva has a dizzying array of art museums, white cube galleries, and independent cultural venues. Under the directorship of Lionel Bovier – known for his JRP-Ringier publishing house of high-end monographs on contemporary art – MAMCO (Musée d'art moderne et contemporain) continues to build on its status as the largest institution of its type in Switzerland. Its 3,500 square metres of floor space has held 450 exhibitions since its inception in 1994. Along with the utterly lovely tear-and-take home biographical and explanatory notes for specific artists and artworks, MAMCO succeeds best by turning Geneva into an appropriate backdrop for its minimalism-heavy collection. Visitors can pass from The Motel Room (1967) by George Segal, one of the first works acquired with the future MAMCO collection in mind, to the permanent Siah Armajani room, and into a room that houses Maria Nordman’s Untitled (1989), a disassembled cabin lit by spelunking torches and pungent with damp wood.

Sharing the same warehouse space, the temporary exhibition at the Centre D’Art Contemporain, Sonia Kacem’s ‘Night Shift’, managed to articulate a powerful environmental materiality. The liner notes aptly promised a ‘diverse “dramaturgy”’ through which the painterly flourishes of black swathes of plastic performed a framing rather than a censorial gesture. Kacem’s vast installation proffered a selective, voyeuristic iconoclasm of great economy, form and timbre. Upstairs, the Cinema Dynamo screening room shows a revolving programme of artist’s moving image and leftfield works. During my visit I spent longer with the film Negus (2016) by Invernomuto than in any gallery space in the city.

Pleasingly, the lines between many institutions are blurred by a range of cross-venues programmes, such as the ambitious 50JPG Festival which celebrated the last 50 years of photography in Geneva. Some, however, have found it necessary to demarcate their cultural spaces into neighbouring quarters. The ‘quartier des bains’, where most of the commercial, white cube galleries are based, holds their own regular Vernissage evening, the Nuit des Bains. Some spaces within the geographic Bains area are omitted from the quarter’s handy map, such as the locale’s most interesting venue, the Spoutnik Cinema, whose June programme included 16mm performance projections from Richard Tuohy and Dianna Barrie and a series of screenings of ‘Screen-less Cinema’ performances.

Navigating the white cubes I gravitate to familiar names such as Geneva’s branch of Gagosian Gallery, which is running a Carsten Höller show entitled ‘Zoology’. Therein Höller interrogates the functions of logic and perception in an immense and ever-expanding biosphere by means of photogravure – an image produced from a photographic negative transferred to a metal plate and etched in. At the Geneva branch of Paris-based Galerie Xippas, large-scale pinhole photographs are the product of artist Vera Lutter’s room-sized cameras, which allowed the scale of the resulting image to reflect the architecture for which is was made. A short distance away, the Centre d’édition contemporaine, Genève, a small publishing centre and gallery space, offers a welcome change of tone. On show is Mathis Gasser’s slapdash Sept sont tombes vers le ciel, a series of collage works on paper that highlight the surface transformation between utopian and political states.

Walking between galleries it becomes clear that Geneva offers a fine line in novel encounters for the amateur psychogeographer. Counter-histories of this otherwise stultifying city resonate at number 12 Rue du Vieux College where, in a leaf-infested building built in 1777, lived L. L. Zamenhof, the man who invented the constructed language of Esperanto. I was also surprised to learn that the great writer Jorge Luis Borges lived and died in Geneva, at number 28 on the Grand Rue. Finally, the Reformation Wall, a triumph of severe Olympian statuary, narrates the history of the Reformation. All in all it’s quite a moving experience. From the English puritans departure from Plymouth on the Mayflower, back to John Knox preaching the Reformation at St Giles in Edinburgh, all the way back to 1536, when the people of Geneva assembled and ratified the edicts of the reformation. Then, as now, Geneva bore the Calvinist motto Post Tenebras Lux (‘after darkness, light’). Next year is the 500th anniversary of the beginning of the Protestant Reformation, for which Geneva was a primary location. Long after the Bildersturm, then, revolutionary small-c conservatism continues; and it has its moments.

Timothy P. A. Cooper is a researcher and essayist on contemporary art and film from the Middle East and South Asia. He lives in London, UK.

Reviews , UK Reviews
Behind the Scenes of Colombia’s Street Parties 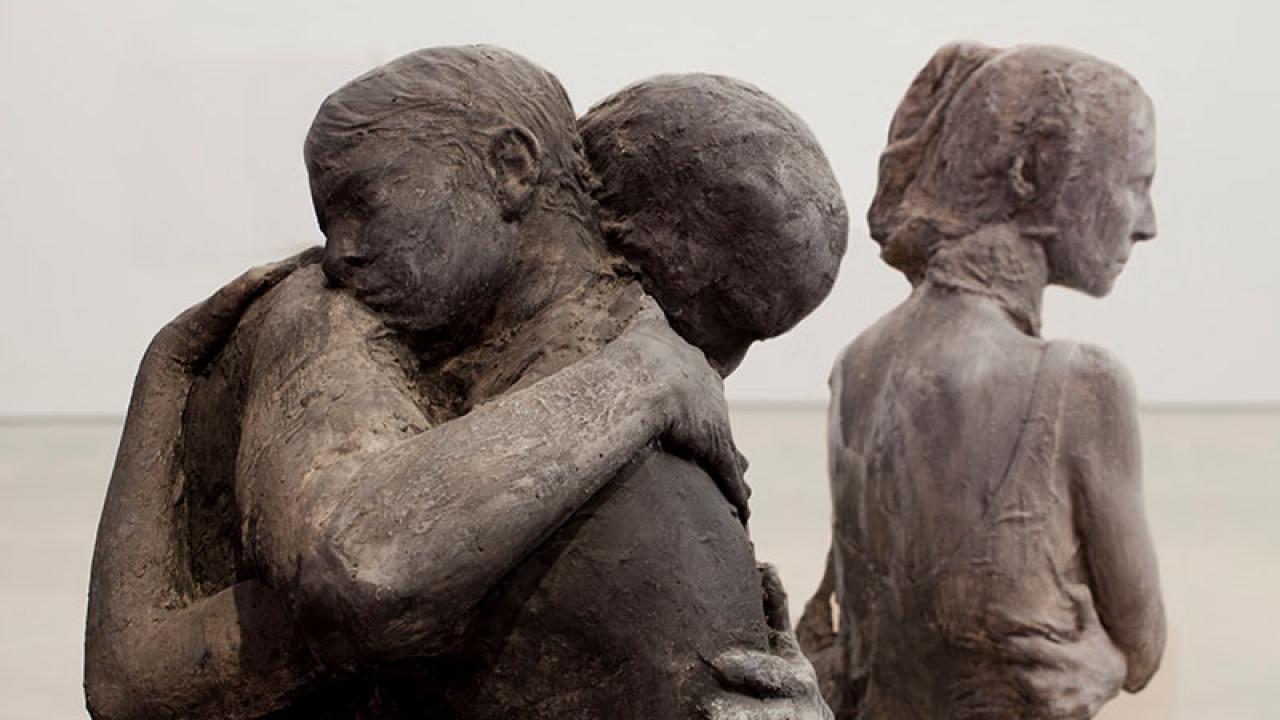 How the recently restored Abraham’s Farewell to Ishmael, on view at the Pérez Art Museum, Miami, speaks to the Israeli-Palestinian conflict 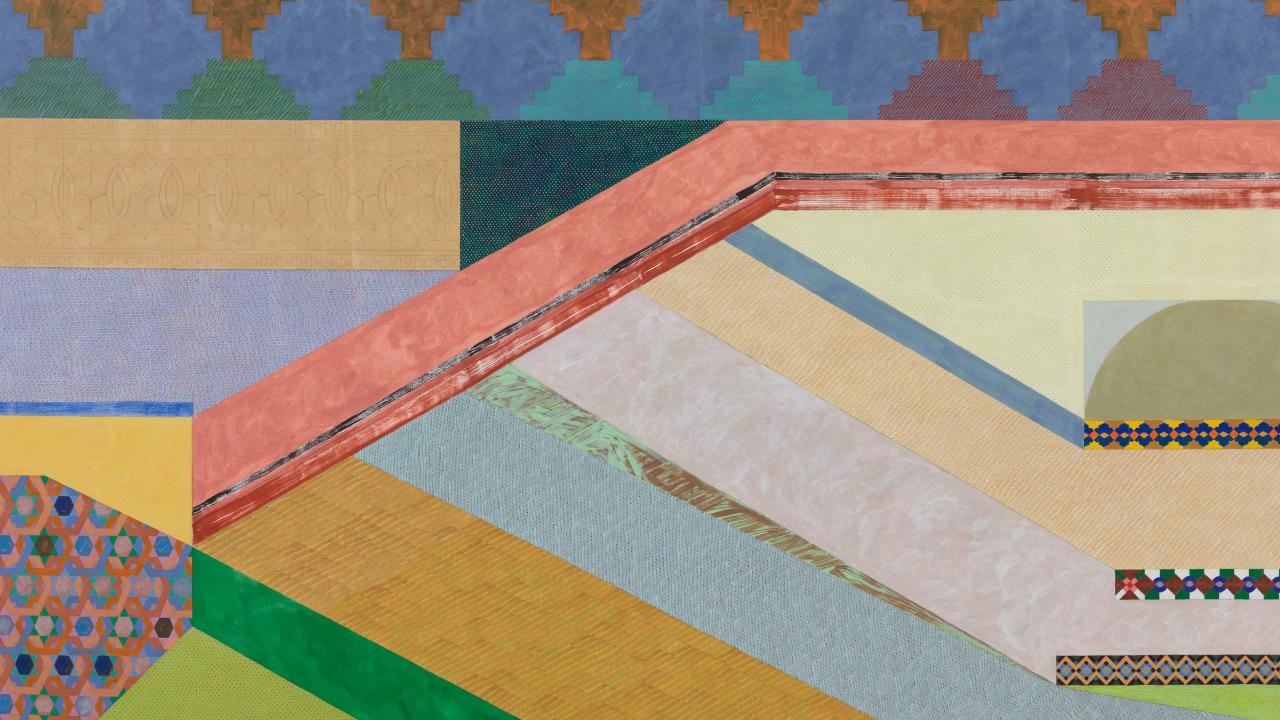 Critic's Guides
As Swiss Art Fair Artgenève Opens its Doors, Your Guide to the Best Shows in Town

A handy selection of the exhibitions not to miss in institutions, commercial galleries and artist-run-spaces across Geneva 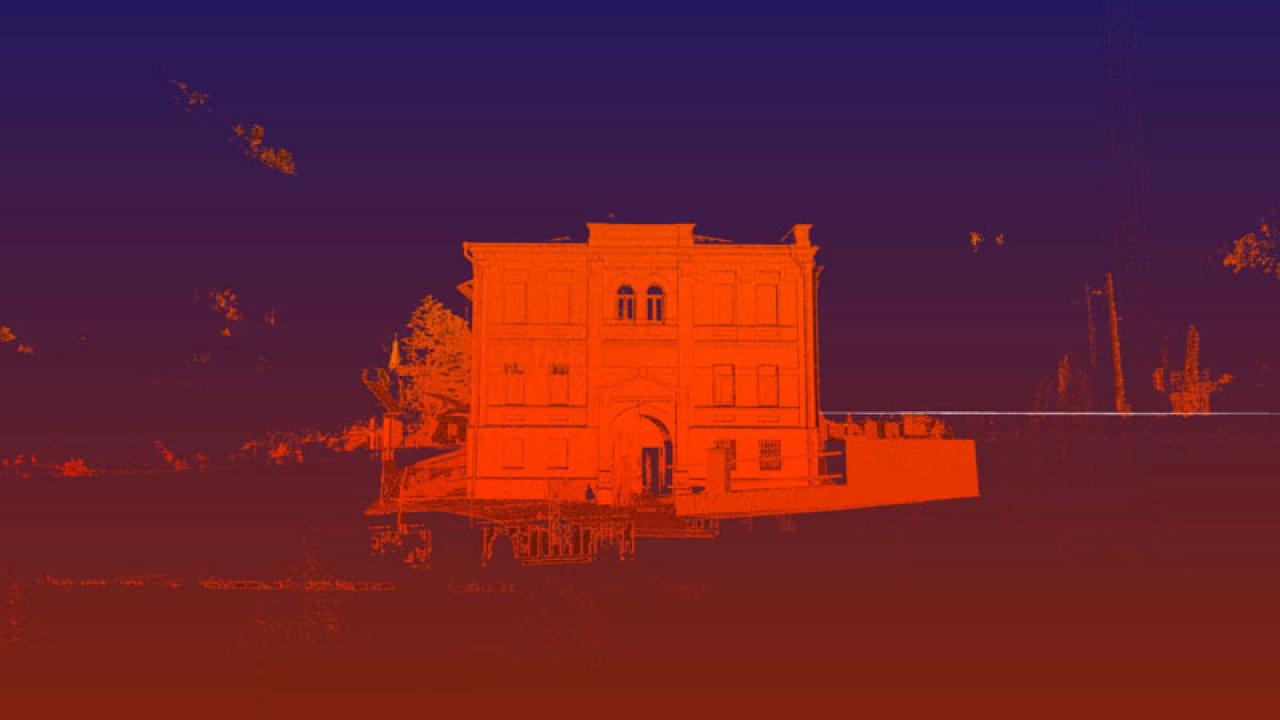