‘A Superhero and Storyline for a New Century’: Black Panther, a Primer

With the arrival of the first superhero film to feature a black lead since 1998's Blade, a reading list on black comic-book culture

Today, the Black Panther leaps onto screens across the US, a little over half a century since he first debuted in a July 1966 issue of Stan Lee and Jack Kirby's Fantastic Four #52, 'The Arrival'. On that first Marvel cover, the Panther – in a jet-black, skin-tight suit, his cape aflutter in the wind and claws grappling air – rises over the Fantastic Four as ‘the surprise sensation of the century’. Now played by Chadwick Boseman, the film version of the Panther – née T'Challa, king of the fictional, never-colonized nation of Wakanda – has dropped the camp for a sleeker style (gone is the cape; now with a far more menacing mask and sabretooth necklace) as he faces off against a usurper to the throne in what is expected to be the highest-grossing comic book adaptation in history. The Black Panther is undoubtedly the most popular black superhero in the history of US comics and was, in fact, the first.  He is also the first black star of a live action superhero film since 1998's Blade, which featured Wesley Snipes as the titular vampire hunter. Twenty years! And (sigh) it only took Marvel 18 films to arrive here. Ticket pre-sales have so far outpaced all other previous Marvel films (such as The Avengers series (2012-18), Captain America (2016) and Thor (2017) to name just a few of the recent ones). 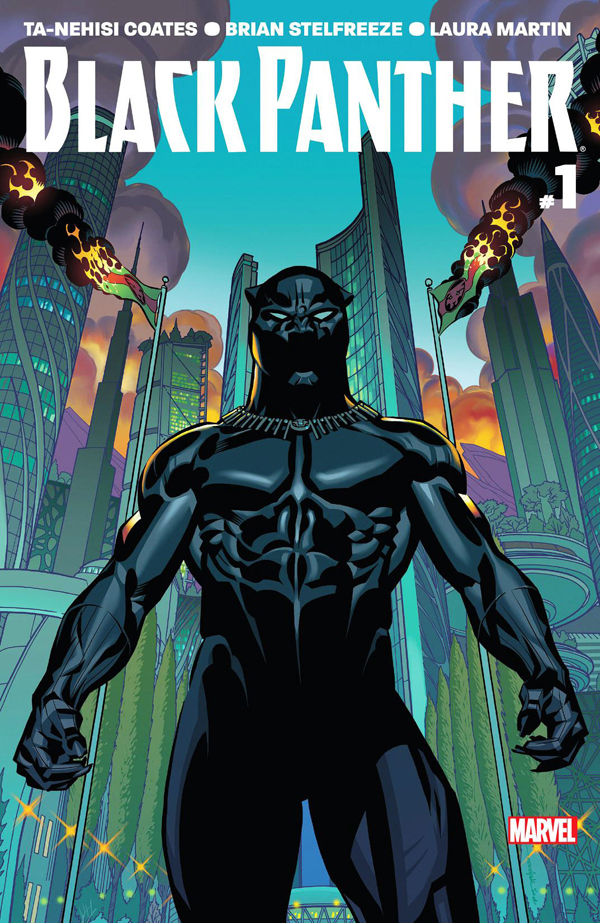 The same year Boseman made his cinematic debut as the Panther alongside Chris Evans's Captain America in Captain America: Civil War (2016), Marvel Comics relaunched Black Panther with a new storyline – titled 'A Nation Under Our Feet' – by The Atlantic writer Ta-Nehisi Coates. frieze's summer 2016 issue featured an essay on the new comics by novelist and poet John Keene. 'While the imaginative and aesthetic foundations of the original Black Panther comic remain,' he writes, 'Coates and his collaborators have created a superhero and storyline for a new century.' Keene continues: 'Building upon the achievements of many prior writers and artists, they demonstrate an attentiveness to themes – social and political conflict, gender and sexuality, the ethics of leadership – that never would have arisen within the framework of the original comics.' The film has attended to these same themes in its update of the Panther, retooling some of the comic's characters (the Panther's all-female bodyguards, the Dora Milaje, no longer refer to him as 'beloved') to meet a new era.

That era is happily upon us, though I am already looking forward to the next, when hopefully Storm – or another black woman, or for that matter, any woman of colour – headlines her own super flick.

And, for good measure, read Dan Fox on the Black Panther Coloring Book