Why Germany Is In Need of a Racial Turn 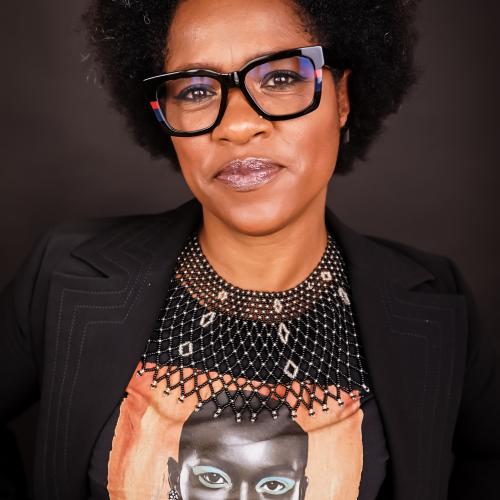 When George Floyd died on 25 May in Minneapolis, it was not the first time a Black man had been killed by the police – and, sadly, it has not been the last. What might be considered new in this case, however, is the fact that Floyd’s killing was filmed by a witness, went viral and reached millions of people outside of the US. Since then, the German media – as well as political, cultural and academic institutions – have been struggling with questions of race and racism, while debates on the topic have reached an unprecedented peak. Yet, when it comes to addressing the country’s own history of structural racism, the lack of understanding exhibited by the majority of German citizens becomes alarmingly evident.

Because of the history of the word ‘race’ and a postwar insistence on equality, even Germans who consider themselves socially liberal are wont to pretend that they are ‘race-blind’. Yet, the exclusion of, and epistemic violence against, Black knowledge and cultural workers still take place in this country. When the German political talk show Maischberger. Die Woche, for instance, announced the guests for its 3 June episode, centred around Floyd’s murder and racism, only white speakers were among them. Only after the show had been heavily criticized on Twitter, was an invitation also extended to the African American German studies professor Priscilla Layne. The insights of Black German experts were apparently considered not of interest to mainstream white audiences. We were alienated and restricted to the ‘zone of non-being’, to quote from Frantz Fanon’s Black Skin, White Masks (1952).

Meanwhile, the country’s Green Party resurfaced a 15-year-old debate, calling on their website for the term ‘Rasse’ (race) in the German constitution to be replaced with the tautological word combination ‘racist (and not racial) discrimination’. Given Germany’s national-socialist past, questions of race undoubtedly cause discomfort. However, this cannot be the sole reason for the Green Party proposing what might be a quick but short-sighted solution. Similarly, a group of scientists argued in the Jena Declaration (2019) that biological races do not exist and, therefore, the term ‘Rasse’ in itself is racist. But how can a state whose national identity still relies on biological race categorizations move forward and learn from Black people that race is both a social construct and an analytical tool to dismantle racism? Concepts such as white saviour complex, white fragility and critical whiteness could not have been negotiated without the notion of race and now might be in danger of disappearing, washing away the history of whiteness in Germany. The consequence of this would be that myths such as reverse racism (alleged racism against white people) would be classified as real, which they are not.

It is essential to acknowledge that race is structural, omnipresent and also has a legal dimension. German citizenship laws, for instance, are based on the so-called mixed-marriage law, which forbade matrimony between Africans and Germans during colonialism and denied citizenship rights to their offspring – the first generation of Afro-Germans. This led to the common perception that Germans are white and is the reason why, even today, Black and German are considered incompatible categories. However, in the logic of German anti-discrimination laws, ‘Rasse’ is a classification that all racialized groups – Blacks, Jews, Muslims, Roma, Sinti – are protected from rather than categorized by. Nonetheless, this law is in need of revision, since the legal defence against overlapping forms of discrimination has so far not taken intersectionality into account. The most vulnerable people in society – Black women, Black Muslim women, Black women with disabilities, Black queers and Black trans people – are those affected most by intersectional racism, as Black feminists – from Sojourner Truth to Kimberlé Crenshaw – have argued for centuries.

Moreover, racism is a systemic ideology, which was constituted to secure power and privilege for white people. For centuries, it has been ingrained in all sections of German society: economy (colonialism and enslavement); politics (the Nationality Law of 1913, the Nuremberg Laws of 1935, the current migration and asylum laws); institutions (police, schools, museums); media and the arts (racist linguistic and visual representation systems); and science (Immanuel Kant’s 1777 essay ‘On the Different Human Races’, which systematized and institutionalized racism, led Georg Wilhelm Friedrich Hegel to attest, in his 1822 lecture on the ‘Philosophy of History’, that the African continent and people lacked history and culture, which he cited as the justification for our enslavement). The Green Party’s proposal to replace and erase ‘Rasse’ would, in turn, lead to the loss of these (hi)stories before racism has even been widely understood in all its systemic dimensions.

While philosophers such as Kant and Hegel are well remembered today, Black people in Germany are still fighting for historical and cultural representation. For this reason, we need systemic change, the so-called racial turn that W.E.B. Du Bois proposed in his seminal work Dusk of Dawn: An Essay toward an Autobiography of a Race Concept (1940), which demonstrated how to move away from biological interpretations of race towards social ones. I sought to make German race relations tangible in my book Afrokultur: Der Raum zwischen gestern und morgen (Afroculture: The Space between Yesterday and Tomorrow, 2016) through the biographies of three Black intellectuals who studied and/or taught in Germany: May Ayim, Du Bois and Audre Lorde. The book explores both the continuity of Black knowledge production and activism in Germany and the politics that have hindered Black studies from forming part of mainstream curricula in schools and colleges.

Afroculture can be traced back to the works of Anton Wilhelm Amo, Germany’s first Black philosopher and professor, who challenged the legal situation of Blacks in Europe in the early 18th century. While Afroculture is not legitimized by politics, it brings forth the policy needed to deconstruct racism. Without the category of race, the links between racism, sexism, capitalism and the continuity of enslavement, colonialism and national socialism would become intangible and incomprehensible.

It would be wrong, of course, to equate race with racist slurs, such as the N-word, which is the epitome of racism – even if it has not yet been condemned as such by German courts. Racist slurs must be abolished but ‘race’ itself should be re-appropriated as a term of resistance, as has happened with other such expressions: ‘Black’, for example, is currently capitalized as a socio-political identifier. Through this linguistic modification, the implementation and application of a racial turn can be made fruitful for a category-based anti-discrimination law. Germany and, more broadly, Europe, are almost 100 years too late in this development in comparison to the US.

It is time to herald a racial turn in Germany. However, in order to do so, Afroculture must be universally recognized. Just as the processing of white knowledge is linked to white consciousness, so is Black knowledge tied to Black consciousness, which calls for the institutionalization of Black knowledge and an understanding of race that reaches beyond white essentialism. One successful, albeit temporary, demonstration of this was the 10th Berlin Biennale in 2018, which, for the first time, was curated by an all-Black team. Their value of Black knowledge, its handling and the conditions under which it was acquired, maintained and employed, demonstrated the extent to which race can be used for the preservation and development of German society as a whole and art in particular. Obviously, change cannot come soon enough, but ignoring the work that has already been done by Black intellectuals in this 600-year race will not bring any of us closer to the finishing line, let alone precipitate the country’s long-awaited social change.

This article first appeared in frieze issue 214 with the headline 'The Race for Race'.

Natasha A. Kelly is an academic activist, artist and author working on the past, present and future of Black Germany. Her debut film Milli’s Awakening (2018) was shown at the 10th Berlin Biennale and endowed with the Black Laurel Film Award in 2018.