Women in the Arts: Caroline Douglas

For our series celebrating the achievements of women in the arts, the Director of the Contemporary Art Society, London, shares her experience of innate sexism, balancing a career in the arts with family life and initiatives designed the redress the inequality between genders.

As you were starting out in the arts what were the possibilities for mentorship, collaboration and cross-generational engagement among women?

In a talk I chaired last year, Thelma Golden – the Director of Studio Museum, Harlem, New York – told the audience not to wait to set up formal mentoring but just go out and ask for advice from the women they admire. It was a powerful, enabling thing to say. I wish I’d had the confidence to do it when I was starting out.

The entry point for me was working in Canterbury in 1986 with a woman called Sandra Drew. She had a small gallery in the city, but every summer she organized ambitious site-specific sculpture exhibitions across the city. In 1986, the show was titled ‘Third Generation: Women Sculptors Today’, and the artists she commissioned for the project included Phyllida Barlow, Rose English and Alison Wilding. Sandra is Australian, with all the generous, egalitarian instincts of the best of them. She took me at face value, green as grass, and folded me into the team. It was the formative experience of my early professional life.

Studying at the Courtauld in the early 1990s, Shulamith Behr, Margaret Garlake and Sarah Wilson were key figures: role models as academics but also notable for their championing of women in art history. Later, at the British Council I was part of a predominantly female staff. I worked for a female director and obviously we all watched very closely to see how she operated. But it was the relationships with my peers that were, and still are, the most supportive.

My working life has coincided with a period in which more women than ever before have maintained successful careers as professional artists, curators and leaders. I’ve been privileged to know Bridget Riley for more than 20 years and have learned so much from her and the way she has managed her life and work. When I was starting out I was rather in awe of formidable figures such as Valerie Beston at the Marlborough Gallery and Annely Juda.  Working with women artists of my own generation has been formative, as has the relationship with some fantastic female commercial gallery owners.

What, if any were the difficulties of embarking on a career in the arts as a woman?

The innate, sometimes entirely unconscious, sexism of (primarily but not always, older) men. Being a young woman in a junior role, one was inevitably patronized and condescended to. I had been involved with the second wave feminism of the 1980s, subscribed to Spare Rib, read Kathy Acker and Simone de Beauvoir. But at any age, sexism affects your confidence and limits your personal horizons, your ambition. Murray Edwards College in Cambridge recently conducted a survey of their all-female alumni, asking what principal difficulties they had encountered in their professional lives – expecting to get responses around work and having a family. To their surprise the overwhelming consensus was that the biggest problem for women was ‘working with men’.

What specific experiences have you had that shaped your understanding of gender in the workplace, the media and the arts?

I went back to work six months after having my son as that was the maternity leave offered at that stage. A lot of the time I felt that I had to pretend he didn’t exist; in order to be professional, it felt necessary to mimic the behaviour of men. Now I have younger colleagues who have small children and we operate on a very flexible basis. It’s self-evident that we must support women to maintain their careers while having a family. There’s also a huge attitudinal change: these days, people talk about bringing ‘your whole self to work’. When I started out, it was considered unprofessional to bring your personal life into the office.

One day in the early 2000s, I was in Glasgow, leading a tour with a group of curators from Europe. We had been doing lots of studio visits and finished up in the afternoon with a meeting at the Modern Institute. On the dot of 4pm Toby Webster, Director of the Modern Institute, stood up, announced he had to collect his children from the nursery, said goodbye and left. I’d spent years inventing excuses to cover the times when parental duty called. For a man to be so straightforward about it was a moment: I understood that the world had changed.

What has changed today?

Gender equality in the arts has become an issue that is unavoidable, alongside ethnicity and to a lesser extent, class. The young women I encounter are way more savvy than I ever was, but some of the social conditioning remains just the same. I sometimes have conversations with women my age and older and we remark on the self-defeating behaviours of our ‘cohort’: the instinctive distaste for what is viewed as ‘self-promotion’; the inability to accept praise – even when richly earned. It’s about the ability to ‘take up space’.  I feel very determined to foster different instincts in the younger women I am in contact with.

There are also multiple initiatives designed to redress the balance between the genders: I’m really proud of the programme that we run at the CAS with the collector Valeria Napoleone. We make a high-profile purchase of work by a female artist each year, and I have a strong sense of how effective this is in driving an agenda nationally. The Max Mara Art Prize for Women that the Whitechapel Gallery hosts was an early factor in that discourse, and the award that the Freeland Foundation offers to mid-career female artists does something equally important.

That said, jobs in the arts, especially in the public sector, are generally remunerated badly and I think that fact is connected to the high proportion of women working at lower and median levels of the industry. But in the long term, this is not just a gender issue, it is also an issue of the health of the arts sector in this country.

What are your thoughts about #Metoo and other initiatives to call attention to sexual harassment?

Any exploitation/misuse of power over individuals should be rooted out and exposed. Whatever form it takes, whether it is sexual in nature, or harassment on a more psychological level, it needs to be shut down. I’m pleased that the #Metoo initiative has called out this kind of behaviour; it has made it acceptable to discuss what has so often been brushed under the carpet because of the shame or fear of the damage it could cause to the career of the whistle-blower.

Caroline Douglas is Director of the Contemporary Art Society. She lives in London, UK. 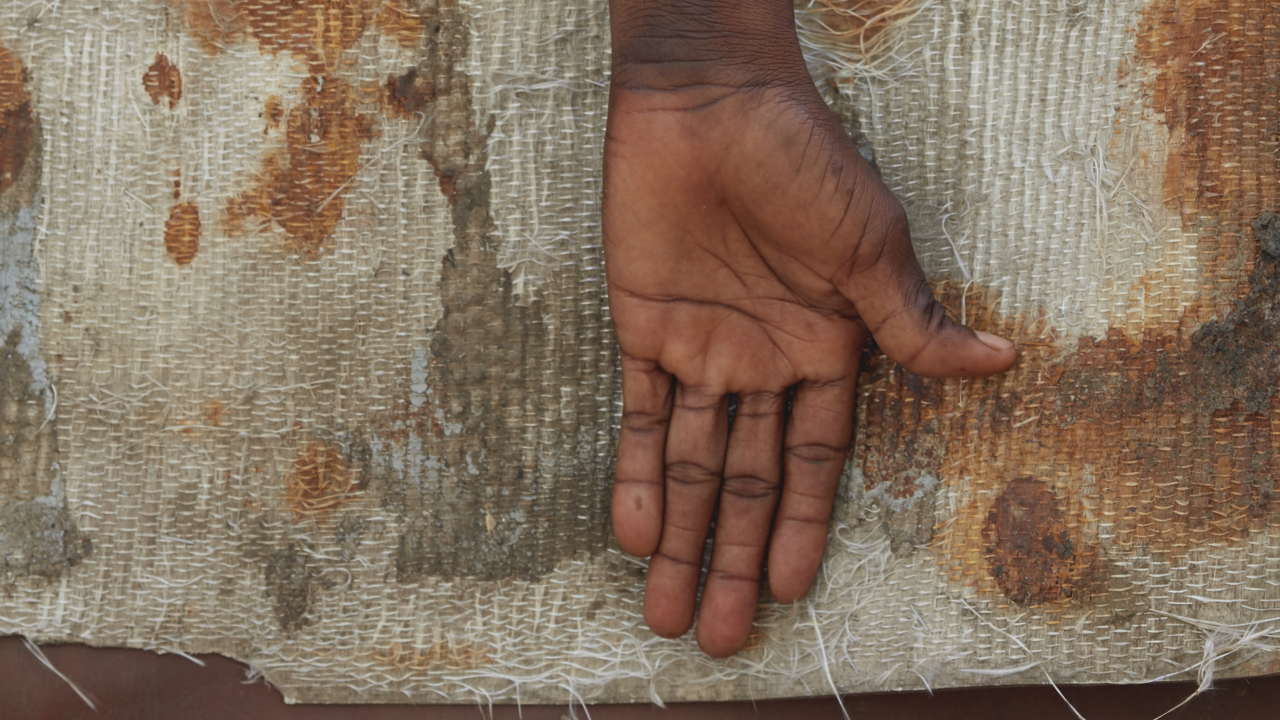