A year that began in anxiety comes to an end in suspicion, fear and contempt. To paraphrase Talking Heads: How did we get here? The most convincing explanations I could find were contained in Mark Greif’s Against Everything (2016), a collection of essays puzzling over why it is that western societies, in which increased productivity and technological progress should be ushering in a new period of unprecedented wellbeing, are instead tearing themselves apart. 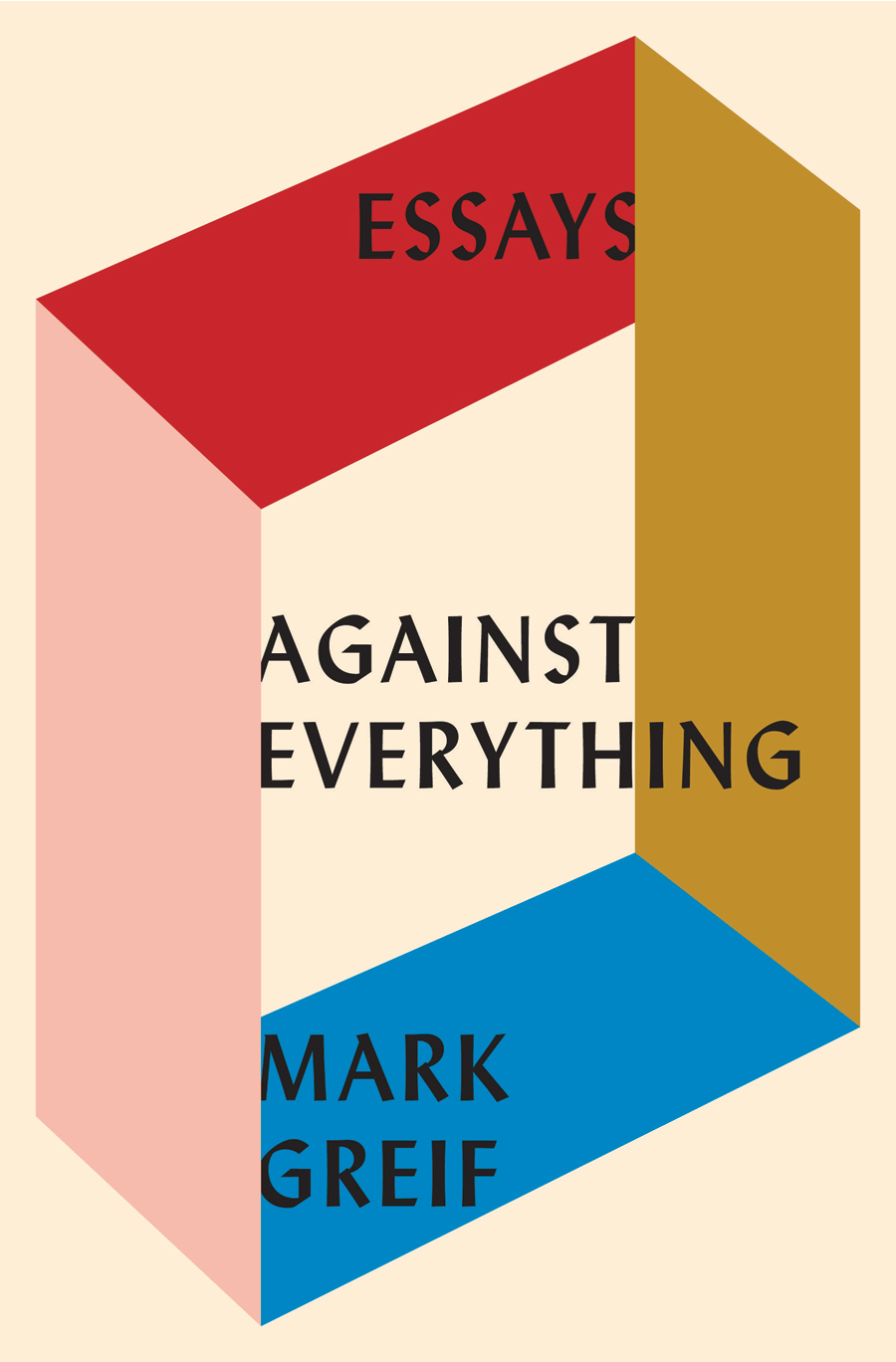 Greif practices a kind of philosophical scepticism in his appraisal of American culture, abandoning received wisdoms in favour of a close reading of such uniquely 21st-century phenomena as the cult of the gym, mindfulness, and the evolution of reality television. His premise is that these mundane expressions of our culture dramatize ‘underlying demographic and economic facts’ that are not manifest elsewhere. The methodology finds its greatest expression in ‘Octomom and the Market in Babies’, which draws an analogy between the media hysteria occasioned by the birth of octuplets to a Californian single mother and the subprime mortgage crisis. Greif identifies and legitimizes popular anger over issues – the conduct of our banks, the systemic corruption of our political elites, the failure to protect labour from the deleterious impacts of globalization – that so few of our elected or self-appointed representatives have been willing to acknowledge, and suggests that it is their failure to offer recourse for these frustrations that is to blame for our current predicament. With that in mind, the insight that stayed with me through each of this year’s various upheavals was that politics can be served by thinking ‘about problems and principles’ as much as by ‘rehearsing strategy’. If we pay closer attention to the symptoms of our present situation then we might formulate better responses to its causes.

That acute sensitivity to our times, and the ability to transmute it into an emotive experience, can take a variety of forms. An explicitly political approach was offered by Lawrence Abu Hamdan’s ‘Earshot’ at Portikus, Frankfurt, the artist’s first solo show in Germany, which subjected a series of sounds lasting just a few seconds – gunshots fired by Israeli soldiers during a protest that left two unarmed Palestinian teenagers dead – to detailed forensic analysis. The findings, articulated in a short video and a theatrical mise en scène of floating firing range targets, were effective because they were shown to their audience, rather than told. The same went for Aoife Duffin’s performance in the stage adaptation of Eimear McBride’s A Girl is a Half-formed Thing (2015), a funny, dark and ultimately devastating monologue that used a victim’s experience of suffering to indict the very culture that silenced her. Another author for whom comedy and tragedy are frequently held up as two sides of the same coin, Nell Zink, opened her latest novel with an accusation of child rape and a protracted death scene before moving her half-Indigenous Colombian heroine into an anarchist collective of environmental and political activists. Titled Nicotine, the novel pointedly confounds liberal expectations of narrative reward and punishment for its characters, and is sharp enough to cut.

It was ironic that, at the end of such a tempestuous year, a period of unseasonably consistent weather in London should have slowed the balletic movements of Philippe Parreno’s mesmerising commission for the Turbine Hall – the various moving parts of which respond to fluctuations in atmospheric conditions – to the point of near-stasis. The impression was that the work had embarked on a campaign of go-slow industrial action – perhaps in protest at Brexit. David Bowie was – like the friendly aliens in Denis Villeneuve’s Arrivals, who bore such an uncanny resemblance to The Simpsons’s Kang and Kodos that it was difficult to take seriously their lessons about the non-linearity of time – an intergalactic being gifted with a knowledge of the future, so in January lodged his own pre-emptive protest against 2016 by departing a planet that no longer deserved him. Some consolation for the loss was provided by the opportunity to parse Blackstar for the many secret meanings intended for me, and me alone. During two performances at the Serpentine Galleries and Glasgow International, I was also given pause to wonder whether The Thin White Duke might have been reincarnated in the Weimar-era cabaret stylings of the wonderful Adam Christensen.

At the end of a year in which radical anti-establishment sentiment was hijacked by the right, it shouldn’t seem conservative to draw attention to those institutions working to preserve such progressive values as internationalism and gender equality in an increasingly illiberal climate. The rehang of Tate Modern’s permanent collection, with its vastly improved representation of women and artists of colour from outside western Europe and North America, offered a ray of hope in the midst of a bleak summer. In the coming year, a priority must be the preservation of those smaller institutions – independent presses, studio complexes, project spaces – that give voice to those otherwise denied it.

Ben Eastham is editor-in-chief of art-agenda and author of The Imaginary Museum (TLS Books, 2020). 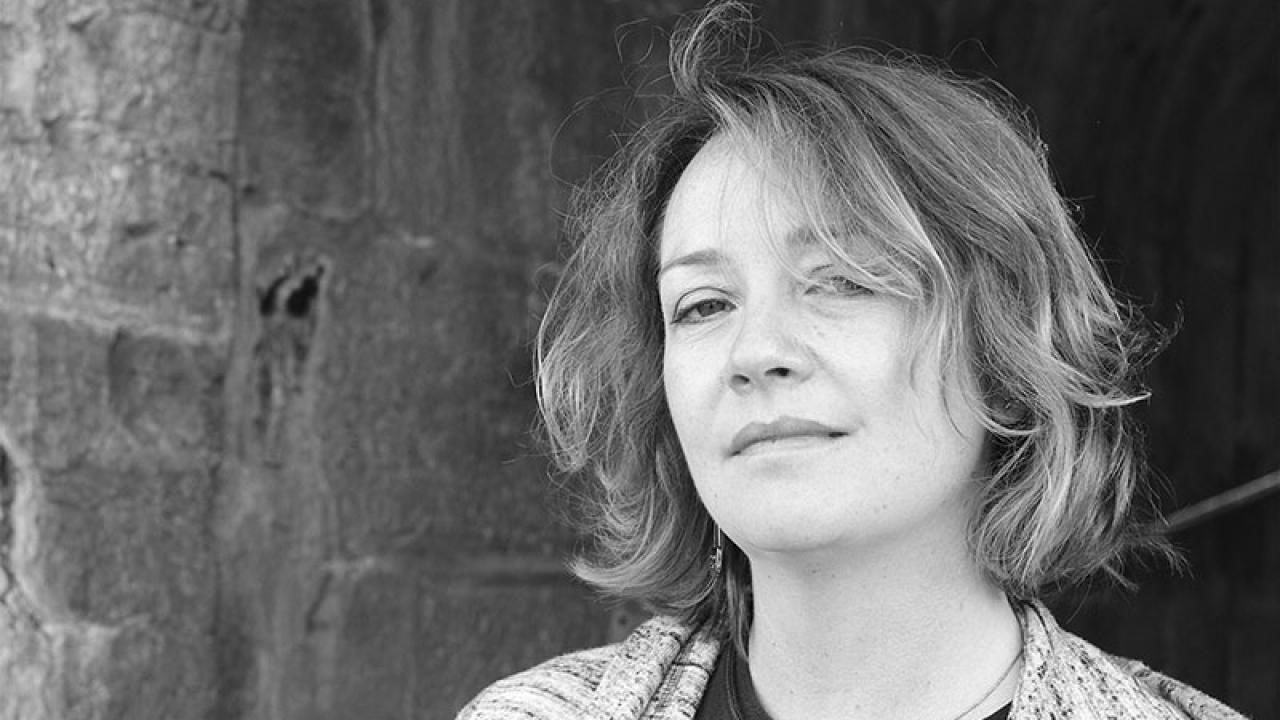