Finding Solace in the Unreal World of Jeffree Star

Here’s the backstory. The writer and poet Kevin Killian, to whom I was married for 33 years, died last June. People say I’m handling it well. People are wrong. It is all-absorbing to live in a state of afterwards. I have become a creature of impulse and instinct, ravenous for images that resonate with my unendurable condition. I watch hours of television, movies and YouTube with a childlike uncriticality. From my friend, the writer Kathy Acker, I learned to turn off the censor and embrace the screen. Back then, it took discipline. Now, it’s spontaneous.

I cried while watching Apple’s The Morning Show (2019). I cried at a video of a Nick Cave concert last year where he ended with T-Rex’s ‘Cosmic Dancer’ (1971): ‘I danced myself into the tomb.’ I cried during the Netflix documentary Wild Wild Country (2018) as well as through the sitcoms Schitt’s Creek (2015–20) and Broad City (2014–19). Every video and show seems to be about friendship, family, community, coupledom – those who have or find it, or those losers outside the system who go crazy. There were countless others, and I cried through all of them, too, even Ricky Gervais’s drecky After Life (2019–ongoing). And, of course, I cried when the make-up mogul and YouTube celebrity Jeffree Star’s nine-year-old Pomeranian, Diamond, died. And when he broke up with Nathan Schwandt, his boyfriend of five years. Sitting in bed before a pink headboard flanked with cupids and vines, wearing what look like velvet pyjamas, surrounded by his four surviving Pomeranians, Jeffree’s voice trembles. ‘I can’t believe he’s not here right now […] My soulmate is no longer with me.’ He ends: ‘There just needs to be more love.’ And every cell in my body resonates with a big ‘YES’.

When Jeffree collaborated on a make-up palette with his best friend, Shane Dawson, another celebrity in YouTube’s make-up tutorial world, I wept like a fool. A feature of Shane’s multi-part series chronicling their partnership is that Shane is poor, despite the fact that he lives in a gated community. ‘I have less money than people think I do,’ he says. I accept this because it is necessary for their narrative arc, which sees Jeffree helping Shane to become a millionaire out of friendship and love. Business meetings are punctuated by Shane sneaking off to the bathroom with his camera, squatting down and crying from fear and gratitude. Lots of YouTubers cry, but fans comment that Shane’s tears are real.

You can extend Shane and Jeffree’s love by buying their costumey make-up. The morning their Conspiracy Palette launched, fans bought with such a frenzy that they virtually broke the internet. Afterwards, Shane aired a montage of people overcome and ecstatic, excitedly opening their magical boxes of glowing paint. To get a palette is to take home a snippet of an experience, a relic. I write in my diary: ‘This is as good as capitalism gets.’ It’s catching. I can’t keep myself from ordering a Mini Controversy Palette – even though I can only wear nontoxic make-up and its atomic colours suggest it’s far from that.

Successful YouTubers furnish their homes with huge couches and chaises longues, where guests cuddle under fuzzy blankets before lit fireplaces. They have vast outdoor patios and pools. Fame forces them to live in hermetically sealed environments, but their lives are shown to revolve around community, friendship, family. There is nothing wrong with corporate sponsorship to fund the dream, they argue. While my lefty friends resist late capitalism, YouTube influencers are thriving, like arthropods after a nuclear attack. In their Gucci sliders and designer jogging suits, they relentlessly copy Keeping Up with the Kardashians (2007–ongoing). To create drama on their shopping sprees, they exclaim: ‘Oh my god, I am so scared right now.’ Jeffree fills his mansion with pinball machines and an armed vault of Hermès Birkin bags. He’s abandoned the ‘Barbie pink’ of his old home for a more sophisticated black and gold palette. He pushes the cliché of nouveau riche to a new level of unapologetic tackiness. YouTube presents a version of personality on steroids, and Jeffree is a master of the transformation, making it seem natural. He’s like an acrobat of personality, leaping effortlessly out of the screen and into our lives.

Like the Kardashians, YouTubers love fast food. Jeffree and his staff excitedly eat McDonalds as they fly across the US on a rented private jet. In particular, YouTubers have an obsession with Taco Bell, it seems; they rave over it, even the ones who live in Los Angeles, where amazing Mexican food flourishes. In his final video with Nathan, in which Jeffree shows off their gaudy new ten-bedroom mansion, he stands beside a massive marble dining table and says: ‘I can’t wait to eat Taco Bell on this.’

The last time I ate at a Taco Bell was a year ago in Redwood City, a small town south of San Francisco. Kevin was at the hospital there, and I slept most nights in his room on an easy chair that pulled out into a cot bed. We tried to pretend we were on holiday together. Across the street was a Taco Bell, with its unmelted plasticky cheese strewn across its tacos; now, I associate them with hospital disinfectants.

Kevin loved junk food and designer clothing, too. Once, we saw the artist Mario García Torres wearing shiny turquoise Paul Smith shoes. When Kevin asked him where he’d bought them, Mario said they were on sale at the San Francisco boutique, so Kevin rushed over and bought a pair. After that, all his shoes were on-sale Paul Smith. In his poem ‘Who’ (Argento Series, 2001), Kevin critiques his own self-constructedness: ‘always the quaint uppermost in mind, / my mad strive for personality.’

Jeffree’s relationship with Nathan reminds me of my marriage to Kevin, a gay man. Jeffree is radically gender-queer; Nathan is not gay – he’s just a straight guy who was into Jeffree. I’m bisexual, but Kevin never claimed the label himself. He was a gay guy who, through some miracle, fell in love with me. When Jeffree puts on women’s clothes, it’s not like he’s doing drag or trying to be a woman; he’s doing glamorous. He pushes what it means to be male to breaking point. He’s beyond current categories, harkening back to a time when ‘painted’ men met in bars named the Blue Parrot. Jeffree has done what all us freaks have longed to do: he’s triumphed through, rather than despite, his otherness.

First thing every morning, I watch Jeffree’s latest story on Instagram. His posts are often banal, at times boring, but he’s always there, filming himself. Jeffree looks up at the sky and says: ‘Hi Sunrise! How ya doin’, sis?’ I’m with his Pomeranians as they dash across the tiled courtyard, squatting and pissing before a dramatic vista. All of our names begin with ‘D’ – Drama, Diva, Delicious, Da Vinci, Dodie. Jeffree points out his long, thin shadow. ‘People say my shadow looks like Slender Man’ – the internet myth of a deathly tall man who lives in the woods. He laughs. ‘Am I?’

This article first appeared in frieze issue 210 with the headline ‘Grief and Glitz’. 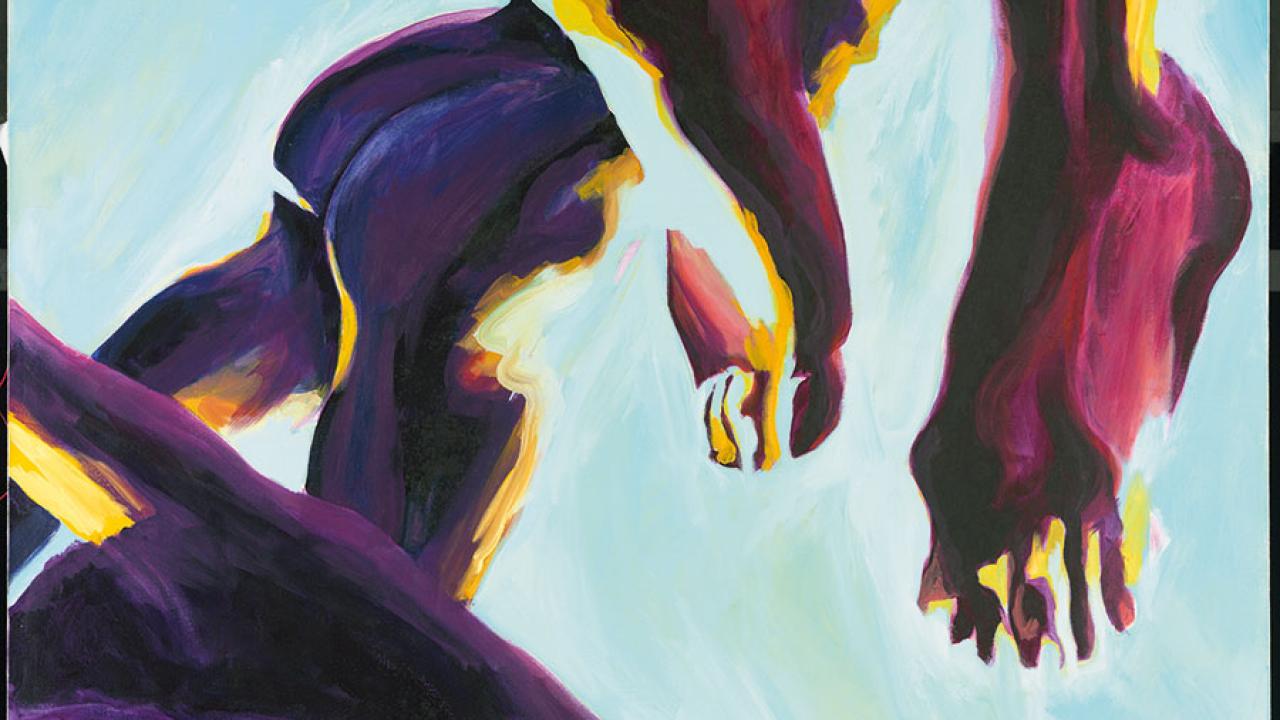 Books , Features
A Dream Journal of the HIV/AIDS Crisis

The novelist and poet Robert Glück revisits dream journals left by his late partner, the painter Ed Aulerich-Sugai, whose life was cut short by HIV in the early 1990s