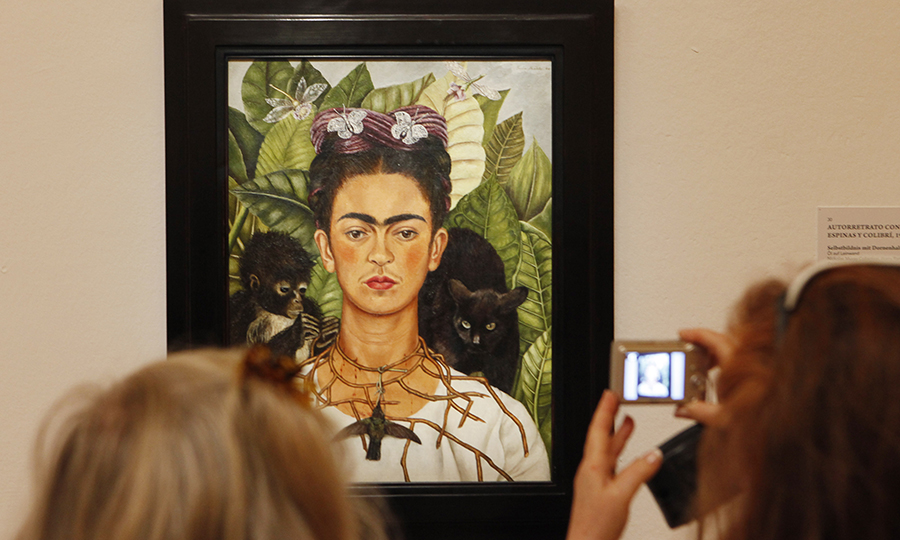 A blockbuster exhibition of the Mexican artist Frida Kahlo at the Hungarian National Gallery has been slammed by a right-wing, pro-government newspaper for ‘promoting communism’. The accusation comes alongside a reshaping of the country’s cultural policy, as a result of prime minister Viktor Orbán’s election victory earlier this year.

The article, published on 14 July by the newspaper Magyar Idők, was titled ‘This is the way communism is promoted using state money.’ Commenting on the Kahlo show, the article referred to the artist’s romance with Leon Trotsky: ‘You won’t believe it but Trotsky has emerged in Budapest again, this time from Frida Kahlo’s bed.’ The newspaper has, in the past, also singled out the musical Billy Elliot for promoting homosexual propaganda – the State Opera cancelled a third of performances in July, citing declining interest following the review.

Kahlo was a longtime member of the Communist Party, and is said to have decorated her own bed with images of Marx and Mao. ‘I feel uneasy about my painting,’ the artist wrote in 1951. ‘Above all I want to transform it into something useful for the Communist revolutionary movement, since up to now I have only painted the earnest portrayal of myself.’

The ruling Fidesz party has taken power with an anti-immigrant, fiercely nationalistic politics, under the banner of a ‘strong Hungary’. Orbán’s supporters have advocated for the arts in Hungary to reflect the right-wing, conservative values of the government, and not what they regard as the liberal and leftist tendencies of artists. ‘An era is determined by cultural trends, collective beliefs and social customs. This is now the task we are faced with: we must embed the political system in a cultural era,’ Orbán said in a speech last month.

Two politicians with Germany’s Green Party recently launched a petition campaigning for cultural freedom, against the pressures of Europe’s rising far-right. They criticized Orbán’s government in Hungary for only supporting the arts when it is ‘ideologically loyal’, and wrote: ‘Art is free, it does not have to please and it must not serve.’

On Eva Hesse and Frida Kahlo