Let’s start with a dance scene. A tall, thin man wearing an army cap and blue striped shirt jitterbugs with a bouncing woman wearing a coral pink dress. She’s laughing. A large sweat patch has formed down the spine of her back between dress frills and lightly curled hair.

In 2013, shortly after her return to Beijing following film studies in London, Hao Jingban found herself hired to make a video of a ballroom dancer’s birthday party. In the 1950s, the ballroom dancer had once danced with Zhou Enlai, the first premier of the People’s Republic of China. Ultimately, however, Hao’s cameraman was unwilling. He didn’t want to serve the birthday girl – ‘those rich women with diamonds on their necks’. The couple pictured above are not the protagonists of this story. Instead, the film we’re left with is a narrative about image-making voiced by Hao, over footage shot in protest by her cameraman. Off Takes (2016) is the most personal of the five works that Hao produced as part of her ‘Beijing Ballroom Project’ (2012–16). In the work, she says, ‘It’s me that failed the footages [sic] or the footages failed me?’

Hao’s parents danced ballroom in the 1980s in Beijing. Having thought the culture to be long lost, she found that it had persisted despite rapid changes in the capital. Following the ‘Beijing Ballroom Project’, Hao began to take informal classes in swing and jazz – both forms of dancing birthed by the Harlem Renaissance of the 1920s and early ’30s, a mode of underground black resistance with jubilant jumps. In Off Takes, a spotlight follows a dancer on stage at a 1993 event. We see this spotlight again in Slow Motion (2018), a short moving image work documenting the evacuation of migrant workers from Beijing last November as part of the government clampdown on domestic migration to the capital. To a spiking jazz tune by the American couple Abbey Lincoln and Max Roach, this work puts the footage in slow motion, drawing attention to the limits of what the camera can capture.

Hao’s references include John Cassavetes, Harun Farocki, Jean Luc Godard and Chris Marker. In April 2013, a little over a year before Farocki passed away, he held a workshop with students in Hangzhou as part of his ‘Labour in a Single Shot’ project. Hao ended up spending 10 days with him, talking about this and that, acting as his primary translator. She didn’t make a film during the workshop. A year later, Farocki died of unspecified causes. Hao told me she heard that he passed away on the beach, lying in the sand, while his family was playing in the water. In 2016, she released take care, Harun in dedication to him – completing the workshop she had begun three years earlier. This two-channel work shows a news documentary about China’s Great Leap Forward, filmed by an American journalist in 1958, and a Chinese propaganda feature film made in an iron factory in 1962 – both, in typical Farocki fashion, are cross-edited with footage of industrial production in 2016.

Hao’s newest cycle of work began with a collection of 30 DVDs containing the available output of the short-lived Manchukuo Film Association (Man’ei). Formed in 1937 in Manchuko, a puppet state of the Japanese Empire in Northeast China/Inner Mongolia, Man’ei was led by Masahiko Amakasu, a former officer in the Japanese Imperial Army. During the late 1930s and early ’40s, the company produced numerous titles, from ‘boring’ propaganda films (Hao’s description) to dramas, but only the films on these 30 discs are accessible to be seen. Following the Soviet invasion of Manchukuo in 1945, the films were taken to the Soviet Union. Japan managed to buy back a certain amount of material, mostly through the free market. The rest was returned to the People’s Republic of China later. According to one of Hao's interviewees, Zhou had infamously said: ‘No one can watch my films.’

From South Lake Park to Hongqi Street (2018) is a dual-channel video-essay that begins in Nanhu Park in Changchun, the former capital of Manchukuo. She cites the difficulty of picturing the forlorn region of Manchuria, a place China keeps trying to erase from its history. Many went to shoot footage there before, but failed. Their cameras froze over. It was too bleak and too cold. They didn’t have permission to film. Hao’s poetry lies in the search for the heart of the matter, trying to picture now what the camera was refused in earlier generations. But what emerges from her ‘failed’ footage – both in the Beijing Ballroom Project and in the current Manchukuo Film Association series – are stories about the persistence of the people who are always performing in daily life.

You may recognize Kenichi Miura from Chinese television and film. Usually, he plays the Japanese villain. Suave yet severe, Miura embodies the period-drama enemy. He moved to Beijing in the 1990s to study and in the spirit of adventure and wanderlust. A kind of hippie figure in real life, it was exciting for him to move to Beijing following the Cultural Revolution. In Mr. Miura Plays Masahiko Makasu (2018), Hao conducts an interview with Miura, paired with a theatrical reenactment in which Miura plays different versions of himself along with his dramatic interpretation of Masahiko. The actor’s expressive face – at times writ with stage makeup (and an emphasis on moles) – allowed him to transform into other people, modelling a Sino-Japanese relationship through his life’s work.

The complex origin stories of contemporary China play out on the sidelines of Hao’s work. Questioning how history is produced is something that interests the artist, but she asks if this should be considered a moral imperative. Put another way, must we pass on this burden to future generations? 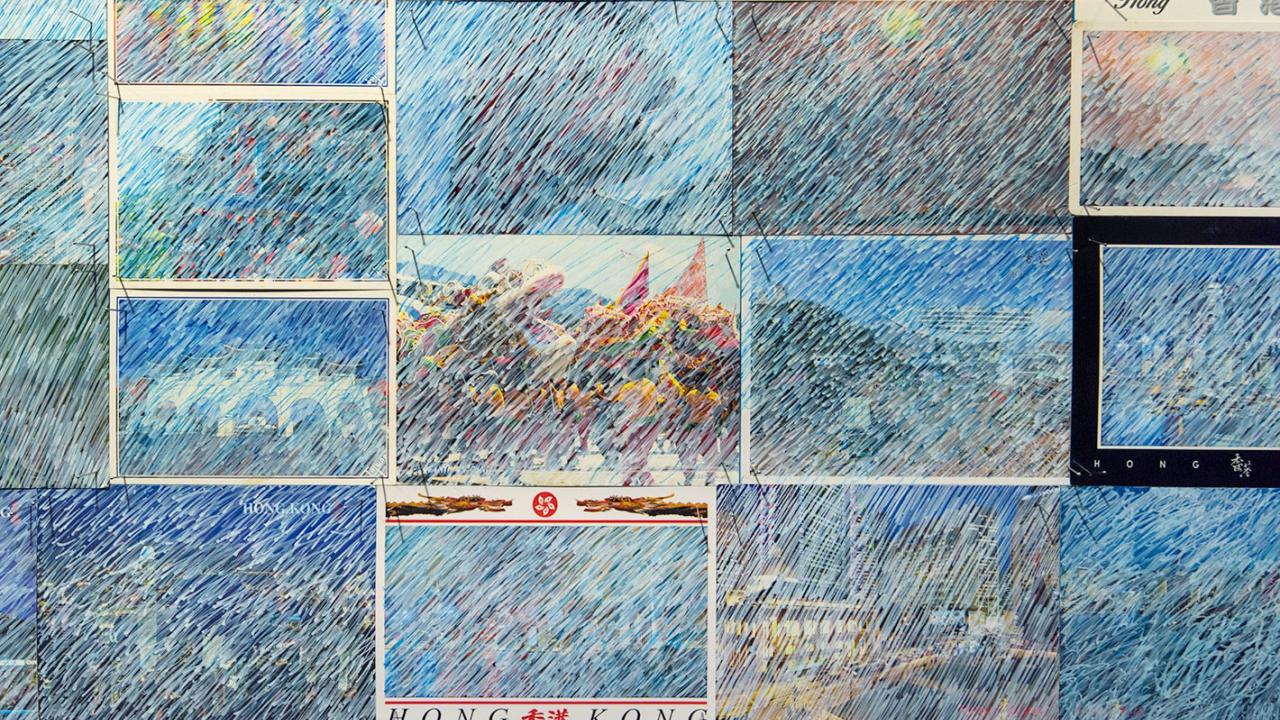