‘I Still Do Believe They Want Me Dead’: An Interview With Adrian Piper

Adrian Piper is on the rise. With major international shows and honours, the first-generation conceptual artist and analytic philosopher is finally receiving the credit she deserves. On the occasion of her being awarded the annual Käthe Kollwitz Prize, which is endowed with EUR€12,000, the Academy of Arts in Berlin is currently showing three of her works. The exhibition will run until October 14th. We talked about the European migration crisis, her plans, and the greatest regret of her life. (Warning: jokes ahead.)

Agata Waleczek  In your autobiography, Escape to Berlin: A Travel Memoir (2018), you write that you like to ask the necessary questions rather than the permissible ones. What question do you feel the urge to ask right now?

Adrian Piper  Whether the human race is nothing but a tragic mutation without which the universe would have been a better place.

AW  The Academy of Arts in Berlin has awarded you the Käthe Kollwitz Prize. What is the core message of the accompanying show?

AP  There is no single core message. It uses language as one medium among many, but its meaning cannot be compressed into language or exhausted by language. You have to just go in, walk around, look, listen, read and smell. If you’re patient, willing to receive on multiple channels and go on thinking about it afterwards, it will all come together eventually.

AW  When you were a philosophy professor in the USA, you believed that Wellesley College wanted you dead. Why did they want you dead? And do you sometimes wish you had not experienced this trauma?

AP  I still do believe they want me dead. They regarded me as a liar and a fraud because I openly acknowledged my African ancestry, identified as African-American and fought for the rights of Wellesley’s African-American community – all of which threatened their own questionable racial affiliations. Their retaliation involved shunning, scapegoating, threats, discrimination and ultimately forcing me out of my job and out of the country. My continued existence is a perpetual reminder of their failure to wipe me out; and Escape to Berlin is, in effect, an embarrassing exposé of their dogged attempts to do so. But I do not wish I hadn’t learned what I now know about people whose good will I had taken for granted. Yes, that discovery was traumatizing. Of course, it is unpleasant to find out that you are hated. But it is always healthier to be anchored in reality, no matter how painful, and to learn from it. Once you have that connection to the facts, it is much harder to deceive yourself about who you are and where you stand. Trauma is merely a stopover on the flight from naivety to realism. You get over it. Writing Escape to Berlin was crucial to my recovery.

AW  You don’t believe the USA is a democracy. What is it then?

AP  A free-for-all; a perpetual milling-about of mobs looking for a scapegoat. I grapple with the American condition in the video animation, Unite (2005).

AW  In 2005, you left the US for good. Why did you pick Berlin as your destination?

AP  I lived in West Berlin for six months in 1977 while taking intensive German language courses at the Goethe-Institut. It was my first trip outside the United States. It changed my understanding of the world and taught me what it meant to be an American. I returned to Berlin in 1994 and experienced the mind-blowing complexity and confusion of post-reunification. After that, I knew I had to live here. In Berlin, the layers of meaning, history and culture are infinite. Every day and every encounter is an adventure and every person I pass on the street is an inexhaustible store of memory and tradition. To me, someone who grew up in a culture of self-erasure and self-reinvention, Berlin is the limitless depth beneath the surface.

AW  As with much of Europe, Germany is currently experiencing a political swing to the right. But still, you praise the political engagement of ‘ordinary Germans’ with issues of xenophobia. Will this engagement save us from repeating historical mistakes?

AP  Yes. The longstanding German tradition of Vergangenheitsverarbeitung – coming to terms with the past – establishes historical continuity and, therefore, a consistent and reliable cultural memory. It is this that enables Germans to recognize the connection between what is happening now and what has happened before, and to react differently this time. German refugee families remember being driven out of Eastern Europe during World War II when they see Syrian refugee families being driven out of their country now. Germans remember how the anti-Semitism of the Third Reich ended when they witness the rise of anti-Semitism in Europe now. Germany remembered the consequences of the Stock Market Crash of 1929 when it reacted to the Financial Crisis of 2008. Its sustained cultivation of historical memory enables it to steer its future course more wisely. Germany is a role model for every country in this respect, but particularly for the US.

AW  You view African-American citizens as the pariahs of American society. Are there parallels to Europe’s relationship with refugees?

AP  The deep parallels are to Germany’s underclass. I have been astounded by the similarities in circumstances and attitudes. The political neglect; the economic deprivation; the degraded living conditions; the absence of adequate educational facilities and social services; the deeply embedded welfare culture; the pervasive hopelessness, self-destructive behaviour, hostility, aggression and simmering resentment: these are all horribly familiar reminders of the inner-city ghettos of the US. As in America, the values and habits of the German underclass increasingly diverge from those of the mainstream. These citizens have been abandoned by the state, just like the African-American underclass in the US. In Escape to Berlin, I analyse American racism as a side-effect of Europe’s failure to solve its longstanding class conflict problems.

AW  What is your most political piece of art?

AP  Thwarted Projects, Dashed Hopes, A Moment of Embarrassment (2012), in which I retire from being black.

AW  What are you working on right now and where will we see your next show?

AW  Are you satisfied with your 2018 show at MoMA and do you regret personally not having seen it because of your name on the US Suspicious Travelers Watchlist?

AP  I do not need to have another retrospective ever again, because the MoMA retrospective will never be surpassed. The range and depth of sustained scholarly research on the work; the care and respect with which it was selected and placed in the space; the thought and taste with which it was installed and presented to the public; the generosity and sympathy of the institution in putting its full array of human and material resources at the disposal of the curators – all of this was both astounding and also deeply moving. Everyone involved with this exhibition pulled out all the stops to make it a success – and it was, beyond my wildest dreams. The response has been overwhelming and overwhelmingly positive. Everyone could see for themselves what the curators had achieved, and I am extremely happy that they, and MoMA as an institution, are receiving the praise and recognition they deserve. It was a superhuman achievement at the highest standard of quality, a real game-changer. I am humbled, honoured and moved beyond words to have received such a profound tribute to the work. Not to have been present for it on site is the greatest regret of my life.

AP  Yoga, doing my work, satisfying my curiosity, listening to music, reading history, dancing, having great conversations that linger in my mind and make me think and, above all, good jokes. My current favourite is an apocryphal attribution to Engelbert Lütke Daldrup, the head of BER, Berlin’s new airport, which is eternally under construction and will never be completed. He is said to have protested: ‘Doch keiner hat die Absicht, einen Flughafen zu errichten!’ (But you have to know German history in order to get the punch line...)1

Here is another one:
Q: How do you know a philosopher has been using your computer?
A: There’s White-Out on the screen.

AW  What do you still want to achieve in life?

AP  I have to finish Kant’s Metaethics: First Critique Foundations of His Theory of Action, my exegetical study of the relation between his Critique of Pure Reason (1781) and his Groundwork of the Metaphysics of Morals (1785). I also have to read my parents’ journals and the letters written by them and my grandparents. They were prolific and eloquent writers, keepers of an in-depth family history I have not even begun to explore. Also, I need to finish an art project: The Pixel Grayscale System of Human Classification, a reality-based replacement for the obsolete fiction of racial difference we have inherited from 19th century pseudoscience.

AW  You have said that taking care of your dying mother was the most important thing you have ever done. What did this experience teach you?

AP  How to live, which demands constant, concrete mindfulness of your own mortality. Without that you cannot appreciate the preciousness of each passing moment, or make sure it is filled with meaningful experience. And without that it is not possible to live a genuinely fulfilling life. Instead, you fritter it away on stupid stuff, then wonder why you always end up feeling bored and dissatisfied. There is no substitute for a relationship with another person that is anchored in the mutual recognition of transience, mortality and the values that transcend them. My mother gave me that in the two years before she died.

AW  You regard your birth as a ‘cosmic mistake’. How come?

AP  I explain that in Escape to Berlin.

AW  Imagine you were offered a spot on a mission to a colony on a far-away planet. Would you go?

AP  Where can I get my ticket?

1  Two months before he commandeered the building of the Berlin Wall on 13 August 1961, Walter Ulbricht, First Secretary of East Germany’s SED [Socialist Unity Party of Germany] from 1950 to 1971, announced publicly, ‘Nobody has the intention of building a wall!’

Agata Waleczek is a journalist and writer based in Berlin, Germany. 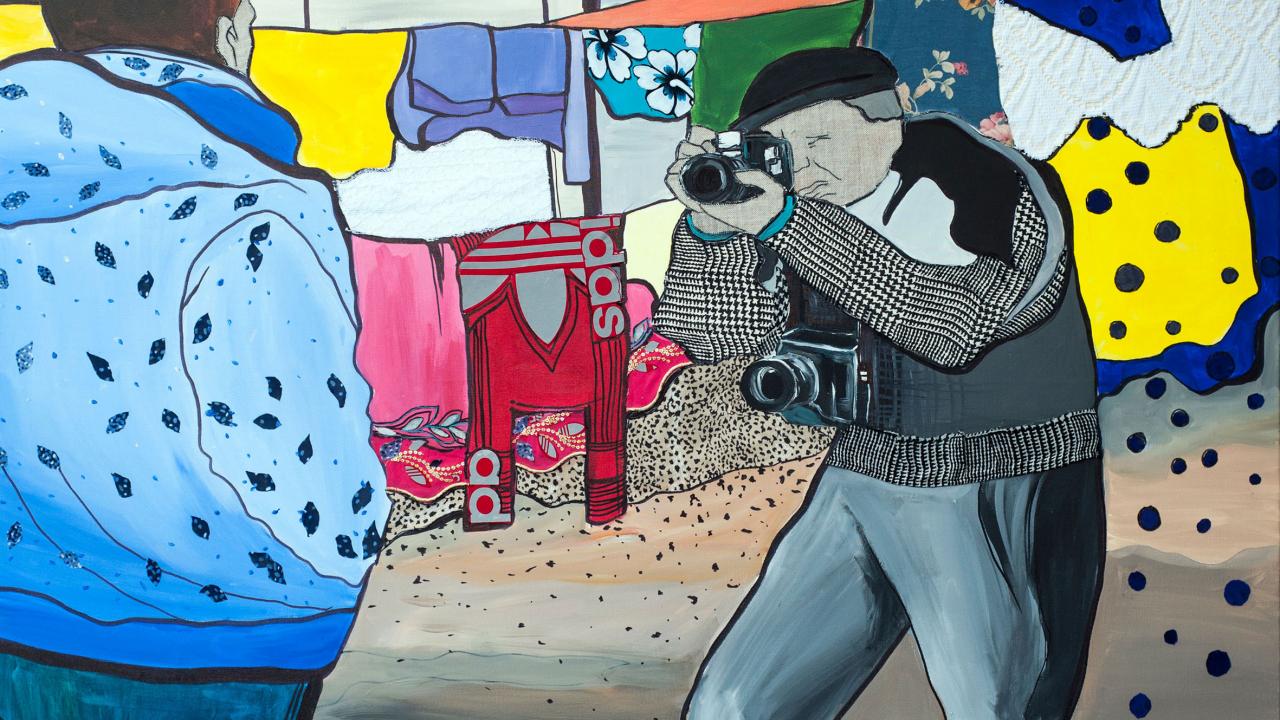 Often unrecognized, Roma artists and intellectuals have been co-opted and colonized for centuries – a newly launched archive seeks to reconsider their contribution 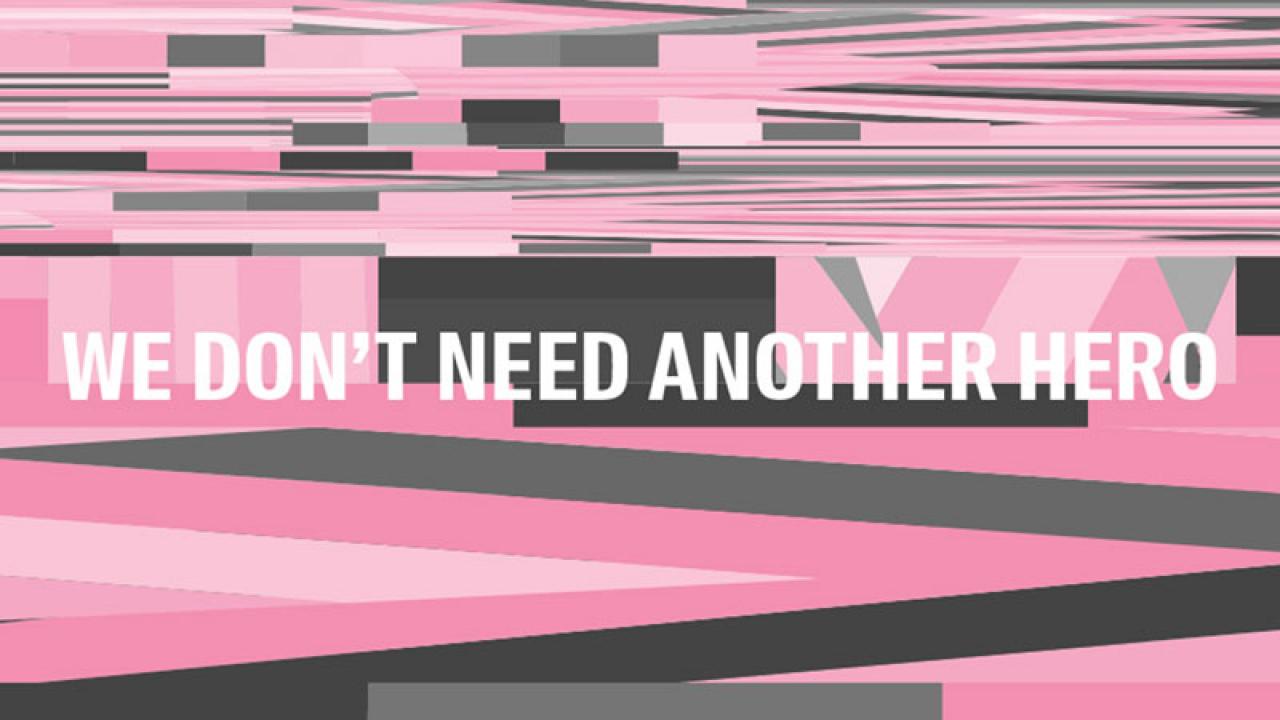