From Samara Golden’s mirrored installation at Night Gallery to Ulysses Jenkins long-overdue survey at the Hammer, these are must-see shows in LA

The intrigue of climbing a specially constructed flight of stairs, reaching a high platform and viewing Samara Golden’s installation Guts (2022) makes it easy to forget about the handsome bow-truss warehouse you're in – a space recently renovated to form Night Gallery's new annexe. Peer down into the infinitely receding mirrored space that Golden has made – one filled by a tiered white structure that resembles a miniature high-rise, receding into an illusory pool of refracted reflections – everything else disappears. On each open-sided floor, Golden stages a different dream or nightmare is staged: for instance, a watery abyss, made from crinkly blue Mylar; or a tangle of intestines, from expanding foam. One floor achieves uncanny realism, with tiny reproductions of furniture in disarray, while another writhes with Styrofoam snakes. Guts is a model not so much of a body (as its title implies) but of a mind – a consciousness split into incongruous, incommensurable strata of experience.

At O-Town House, ask to see the hand-turned wooden bowl, belonging to proprietor Scott Cameron Weaver, which artist Owen Fu improved with a Sharpie while Weaver’s back was turned. Now, the woodgrain is animated with tiny eyes and a mouth smoking a cigarette. In Fu’s show, faces are everywhere, often appearing on otherwise abstract shapes or inanimate found objects. Ordinary Things, the shelved collection of totems that shares its title with the exhibition, is a huddle of faces – mostly worried or glum – drawn or painted onto found ceramics, rocks, a book, and a stress ball, amongst other knick-knacks. It’s in his paintings, however, that Fu is most ambitious. This body of work is more abstract and amorphous than his previous exhibition at O-Town House in 2020 ('Small Talk'), with figures melting into backgrounds or into each other. Suggestions of clumsy erotic interactions are suffused with a chasmic loneliness. In the gallery’s newly expanded next-door space, Fu hangs crepuscular oil paintings against industrial shelving units that reveal the marker-pen drawings – more improvements – on the backs of the canvases.

Ulysses Jenkins described the African American experience as ‘doggerel’ – or ‘doggereal’, as he often styled it. Now 75, the Los Angeles-based artist started out as a political muralist, then as a documentary-maker for cable television, but it is his heavily edited video performances that form the core of his work. Early video was a rough-and-ready medium that was given to distortion, flashy effects and caustic juxtapositions – it suited Jenkins' themes perfectly. ‘Ulysses Jenkins: Without Your Interpretation’, a retrospective of rarely seen work and ephemera that has travelled to the Hammer from the ICA Philadelphia, is expertly curated by Erin Christovale and Meg Onli, who offer useful context for material that was at risk of disappearing from view forever. For Two-Zone Transfer (1979), made during graduate studies at Otis Art Institute, Jenkins enlisted artist Kerry James Marshall and other colleagues to perform in blacked-up Richard Nixon masks, while he did (decent) imitations of James Brown and an evangelical preacher. Jenkins’ effortless shifts between hyperbolic performance, casual self-documentation and image appropriation anticipated the vernacular of today's prevalent (smartphone) video technology. This old work feels both prescient and entirely contemporary.

‘Rooms are shells, they are skins. Peel off one skin after the other, discard it,’ wrote the late Swiss artist Heidi Bucher, one of three artists featured in this formally concise but philosophically expansive exhibition at Del Vaz Projects. Bucher, who died in 1993, is best known for her skin-like latex casts of architectural interiors. Before she arrived to her signature technique, however, she made a series of wearable foam ‘Bodyshells’ in the early 1970s. A circular fragment from a ‘Bodyshell’ is featured here in the wall-mounted Untitled, (1978–81), combined with a glued-on blouse that resembles an animal’s pelt. Nicola L. – also European-born, but periodically based in Los Angeles until her death in 2018 – made ‘Penetrables’ such as Cloud (1974–78): essentially rectangular canvases sewn with legs and sleeves that one could (theoretically) step into. Born in 1990 in New York, Olivia Erlanger, the youngster here, presents Act 1 (2022), a wall-mounted sculpture in the shape of a wallpapered eye, its cornea a transparent plastic shell that encasing a miniature domestic interior. The built environment, in this exhibition, is shown as both sheltering and oppressive, particularly for women. ‘Shell’ is especially poignant, located in the anything-but-oppressive context of Del Vaz Projects, based in a Spanish Colonial Revival home.

As its title suggests, Soshiro Matsubara’s latest show at Bel Ami, ‘Study for a Labyrinth’, isn’t really a labyrinth, more of a serpentine passage, one formed by 'walls' made of rose-tinted cotton against which the artist’s multifarious artworks are hung, mounted, stood or slumped. But don’t let me undersell it. The exhibition is a wondrous, immersive tour through the corners of this Japanese-born, Vienna-based artist’s mind. Matsubara moved to Vienna eight years ago. Since then he has apparently nurtured an affinity for fin de siècle European art, particularly symbolism and late romanticism. One small painting in this exhibition, Lumière douce, like a never-ending déjà-vu / Fernand Khnopff (2022), is a direct homage to Fernand Khnopff, the Belgian symbolist, while others – such as Geist (2019–22), are entirely abstract. Matsubara’s references are by not constrained by history, however, merely inspired by it. One work is a homage to an abstract painting by contemporary artist Michaela Eichwald, while various other sculptures acknowledge another ongoing preoccupation of Matsubara's: the life-sized doll commissioned in 1918 by Viennese Expressionist Oskar Kokoschka, of his ex-lover, Alma Mahler.

‘how we are in time and space: Nancy Buchanan, Marcia Hafif, and Barbara T. Smith’,
Armory Center for the Arts, Pasadena
28 January ­– 12 June

In 1971, Nancy Buchanan, Marcia Hafif, and Barbara T. Smith all graduated from the inaugural MFA programme at the University of California, Irvine. All were divorced single mothers: Hafif and Smith were both returning to education later in their careers, while the younger Buchanan arrived fresh from undergraduate studies. This exhibition, curated by influential writer and educator Michael Ned Holte, populates Pasadena’s Armory Center for the Arts with sculpture, photography, drawing, video, textile, vitrines of artists’ books and printed ephemera, and even one oil painting – Pacific Ocean Painting: Bohemian Green Earth (2000) – a modest example of the monochromes for which Hafif is perhaps best known. Unostentatious treasures abound. In Smith’s wall-based text and photo installation The Conspiracy (1972–2022), mainly made in the 1970s but finally completed for this show, the artist spins hilarious fabulations (and maybe some truths) about a network of acquaintances. Holte’s show is structured around such coincidences, shared affinities, in-jokes, miscommunications and myths. Related programming featuring responses by contemporary artists such as Neha Choksi, Kenyatta A.C. Hinkle and Jennifer West will begin in March and continue through June.

Diedrick Brackens was born in Mexia, Texas, where, eight years before his birth, three young Black men drowned in a river while in police custody following a Juneteenth celebration. In the excellent catalogue for Brackens’ focused, affecting exhibition ‘heaven is a muddy riverbed’, curator Holly Jerger writes that the catfish – a motif that has recurred in Brackens’ weavings since 2017 – is a cipher for these lost men. ‘The catfish has often been maligned as a bottom feeder, lazy, and easy to catch’ – a racist signifier, she writes, for Black Southerners and the poor. Brackens’ weavings are astonishing for their care, attention and tenderness; while they are graphically powerful – figures mostly described as black silhouettes – it is in details, such as intricately blended coloured thread and loosely knotted ends, that his devotional work comes alive. In look spit out (2019), for example, a submerged black figure lifts a fish up above the waterline, indicated by a loosely wafting layer of wine-red silk. Within the context of this institution, Brackens’ work reveals the fullest philosophical and emotional scope of the catch-all term ‘craft.’ 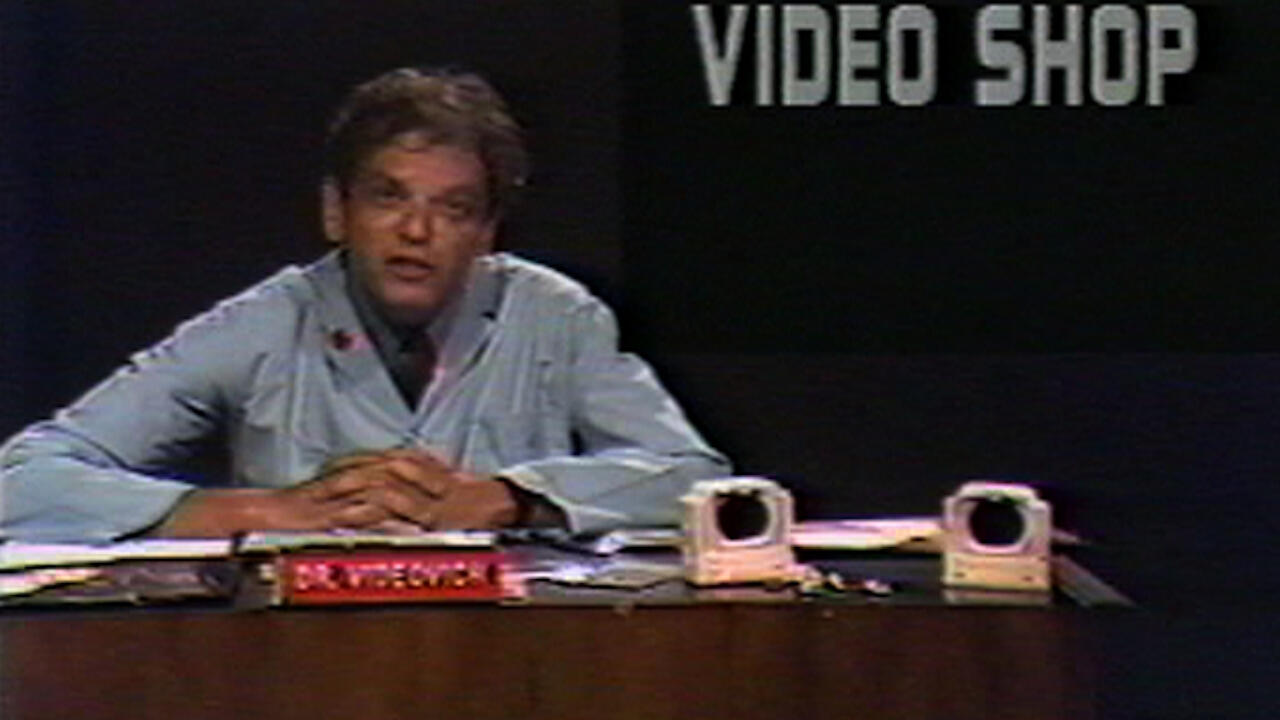