After Hurricane Maria, Meet the Artists Challenging the US Media’s Disaster Narrative

In the wake of Hurricane Maria last September, Puerto Rico was thrown into a state of chaos. After the Trump administration, the Federal Emergency Management Agency (FEMA) and international relief organizations were slow to deliver desperately needed food and supplies to the island, members of San Juan’s best-known arts space, Beta-Local, joined artists throughout the island in the spontaneous organization of relief efforts. In the months after the storm, galleries became community kitchens, grant monies were redistributed, and artists became homebuilders. For Beta-Local’s directors, Michael Linares, Sofia Gallisa Muriente and Pablo Guardiola, the challenges brought by the storm, while certainly formidable, were not entirely unfamiliar. ‘In Puerto Rico,’ says Linares, ‘we always work in a state of crisis.’

Six months after Maria, tens of thousands of Puerto Ricans are still without homes, electricity or running water. But Beta-Local’s directors insist that the narratives of natural disaster and recovery reported in the mainland US media often obscure the true nature of Puerto Rico’s ongoing economic crisis. Due to the peculiar economics of colonialism, all of the island’s natural resources are exported while necessities like food and building materials have always been imported from the mainland at inflated prices. Furthermore, as the island’s government has defaulted on its debt to mainland creditors, the US has imposed harsh austerity measures, including the closure of public schools, while investment in jobs and infrastructure on the island has dried up. Over the past decade, nearly half a million Puerto Ricans – 10% of the island’s population – have left for the US mainland.

The prevailing atmosphere of crisis has been the wellspring of Beta-Local’s practice since it was opened by artists Beatriz Santiago Muñoz and Tony Cruz, along with curator Michy Marxuach, in Marxuach’s Old San Juan home at the height of the 2008 economic recession. In an effort to keep artists from leaving the island – there are no graduate arts programmes in Puerto Rico and little institutional support – Beta-Local designed a framework of intellectually rigorous free public programmes that encouraged broad participation. At Beta-Local, artists teach and learn from other artists. The group offers a public reading room and a free school in which anyone from the public can propose events or classes, while the space hosts an affordable monthly dinner that has become a popular gathering spot for San Juan artists. At the core of their work is an international residency programme and an intensive research salon, called La Practica (The Practice), in which a small handful of artists work together for a nine-month session to investigate and ‘respond to the particular political and economic conditions of Puerto Rico and the Caribbean.’

These initiatives have brought Puerto Rico’s small but tight-knit artist community into conversation and collaboration with international artists, while Beta-Local’s example of homegrown community self-help has fostered a growing movement among Puerto Rican artists whose work investigates and promotes paths to material self-sufficiency. In 2010, artist Tara Rodriguez Besosa founded El Departimiento de Comida, a collective of organic farmers that eventually became a popular café serving only locally-grown food. Since 2014, Diego de la Cruz and Gabriel Maldonado of MAOF have processed lumber from fallen trees around the island in an effort to recover and popularize indigenous pre-colonial materials and building methods. A year before the storm, Javier Rodriguez returned to Puerto Rico from Brooklyn to open the self-described ‘hacker space’ El Almacén, a studio where Rodriguez offers public workshops on solar panel installation, sewing, beekeeping, hydroponics and more.

When Maria struck, Muriente was in Los Angeles to attend the opening of two shows from ‘Pacific Standard Time: LA/LA’ in which she participated. In the days after the storm, while she frantically searched for news of friends and family on the island. Linares and Guardiola had to walk for hours through San Juan in search of spotty internet or phone connections.

Meanwhile, Beta-Local’s artist in residence, Ramiro Chaves, an Argentine artist who lives and works in Mexico, offered to open the space to the public. The directors ultimately decided that Beta-Local must serve the recovery effort in any way possible. ‘If the space needed to become a provisional hospital, so be it,’ said Linares. Muriente was prepared, having organized similar relief work in New York while working with Occupy Sandy, a self-organized community group that undertook rebuilding efforts in Rockaway Beach after Hurricane Sandy heavily damaged the area in 2012. ‘In a disaster, proximity becomes most important,’ she says. ‘You have to help who is right next to you.’

Relief work at Beta-Local initially had an ad hoc quality as the artists responded to each day’s changing priorities. Chaves began a drawing workshop for neighbourhood children. Some days, spontaneous brigades were organized to clear storm debris. ‘On the second day after the storm, we picked up around 80 coconuts from the beach and made a pile in the street because there is good water inside a coconut,’ said Guardiola. Within three weeks of the storm, Beta-Local had become a kitchen, feeding some 50 people a day, and a place where people in Old San Juan came to leave messages for their neighbours.

Beta-Local was just one of an informal network of artist spaces across the capital that became temporary relief stations in the weeks after the storm. At El Almacén, Rodriguez cobbled together some 40 damaged solar panels into a diminished but still-functional power grid. Locals were invited to charge their phones and computers. El Almacén also offered space for artists to work and allowed independent publisher La Impresora to set up a risograph printer there. Taller Malaquita, a Santurce ceramic and print studio collectively run by eight women, compiled packets of necessities to distribute throughout the south of the island and served free hot coffee and cold water to neighbours who wandered in to use the shop’s miraculously functioning internet connection.

Beta-Local’s relationship to arts institutions on the US mainland made it uniquely situated to help local artists. Nearly a month after Maria, the Warhol Foundation, the Rauschenberg Foundation and the Hispanic Federation, with significant support from composer Lin Manuel-Miranda, each donated USD$100,000 to Beta-Local, which the group redistributed to artists throughout the island through an emergency fund it called El Serrucho (‘The handsaw). By 1 February 2018, Beta-Local had granted USD$350,000 to nearly 100 artists, musicians, writers, dancers, theatre groups and other performers across Puerto Rico.

Other artists across the island have continued to participate in high-profile recovery efforts. Chemi Rosado, best known for his project to paint all of the houses in the tiny El Cerro neighbourhood of El Naranjito the same shade of green, has continued to organize relief brigades; Edgardo Larregui’s long- running community arts group, Coco D’Oro, has begun rebuilding homes and providing solar-powered film screenings.

While the familiar crowds of tourists have returned to the quaint streets outside Beta-Local’s space in Old San Juan, Muriente says the storm has forced Puerto Ricans to confront their island’s poverty in a way that will make a return to normalcy impossible. She envisions Beta-Local’s ongoing project of promoting Puerto Rican self-sufficiency as part of a broader effort to provide a line of cultural defence against a wave of post-Maria public school closures, infrastructure privatization and real estate speculation from offshore conglomerates. Since the storm, for instance, Besosa has gathered organic seeds from farmers all over the world to deliver to farmers in Puerto Rico, while MAOF has roamed the island, gathering fallen trees and processing them into lumber, with which they hope to build a sailboat to navigate the Caribbean and restore historic bonds and trade routes amongst the islands. ‘Suddenly all these ‘nutty’ ideas don’t seem so crazy anymore,’ Linares said. ‘People can see that it’s artists who are actually ready to survive the apocalypse.’

Erica Dawn Lyle is the editor of SCAM magazine and a cofounder of 7 Belvidere, a social space in Bushwick. Her latest book is Streetopia (Booklyn, 2015).

Features
No Escape from Empire: Cameron Rowland at London’s ICA 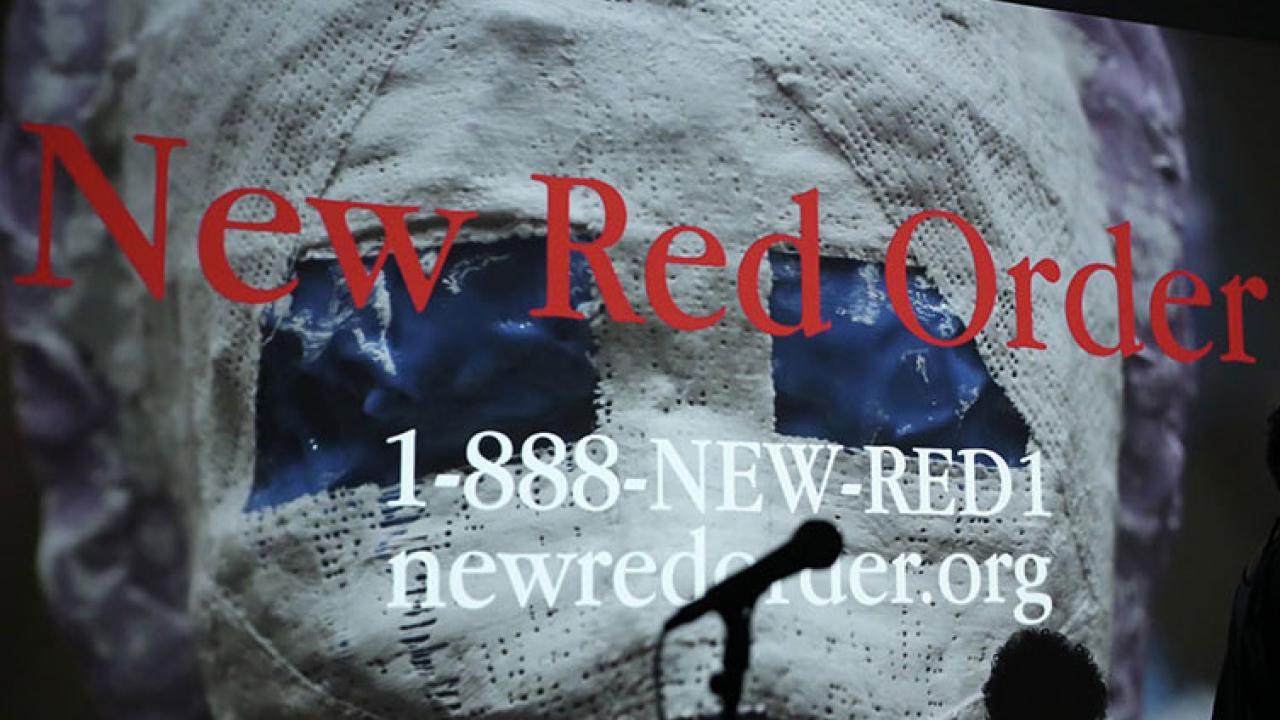 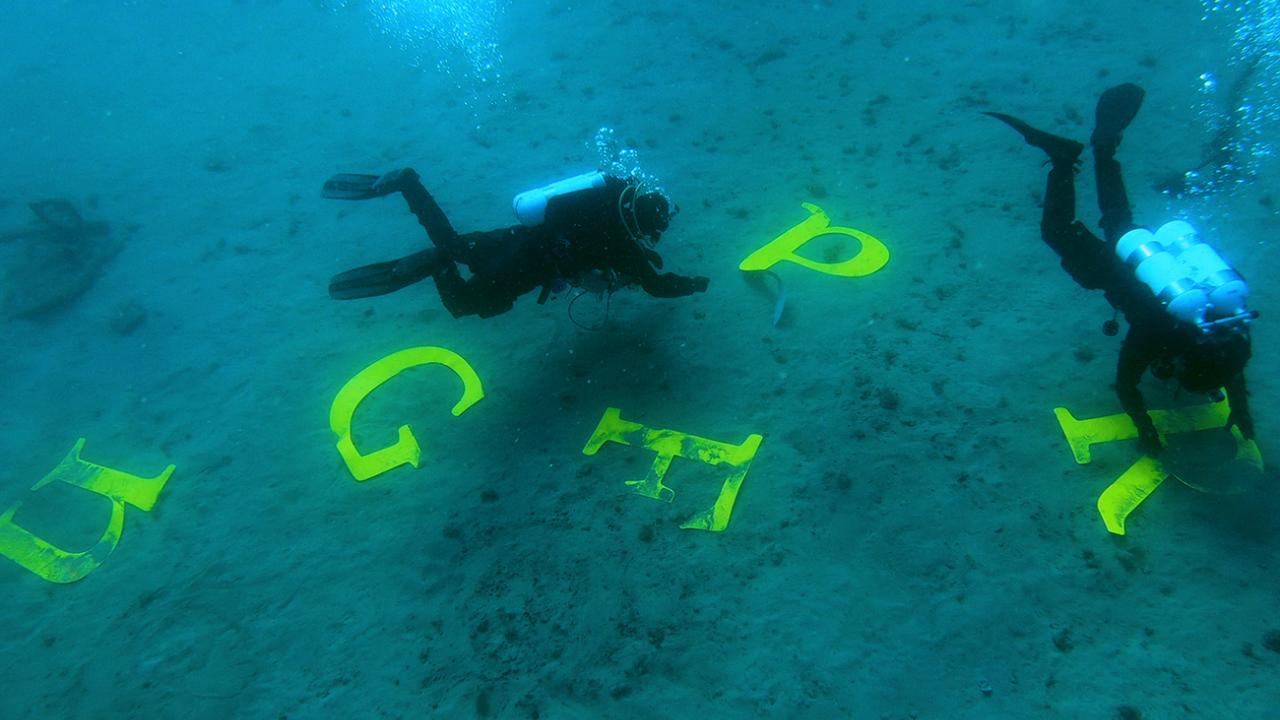 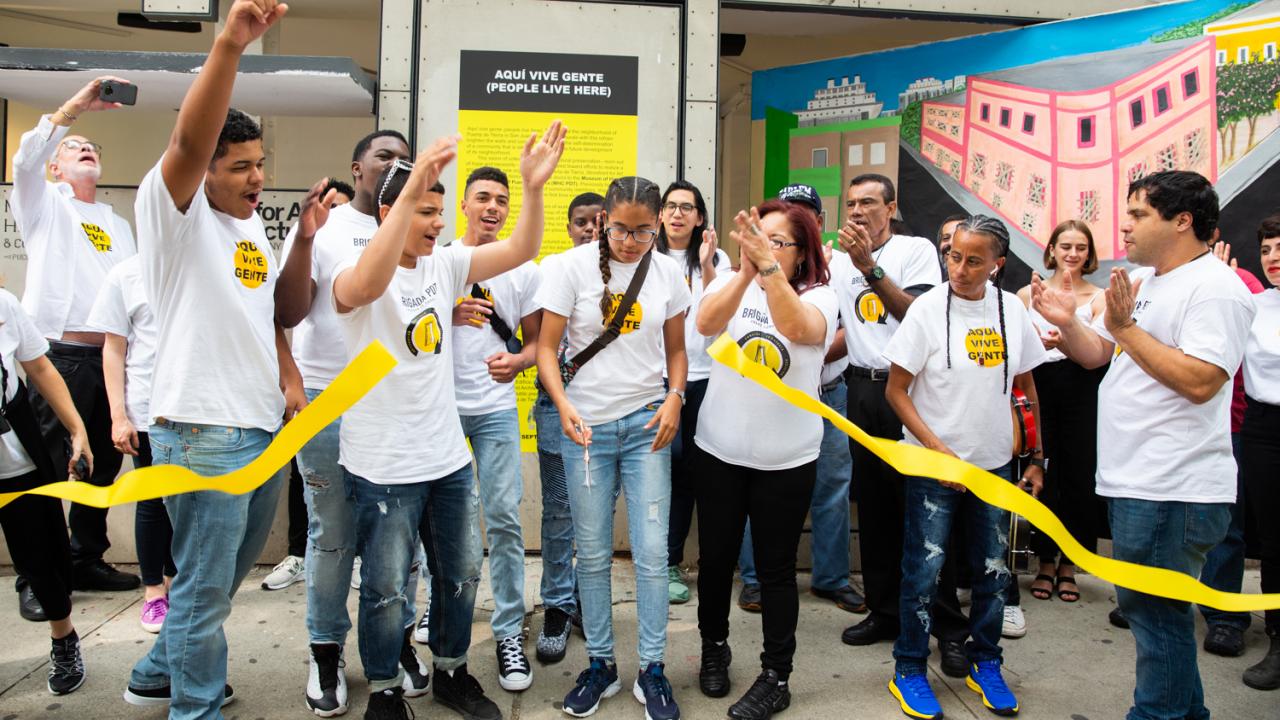 Frieze
The Museum as Mangrove: How Brigada Puerta de Tierra is Fighting the Gentrification of San Juan

At the Storefront for Art and Architecture, a pop-up Puerto Rican museum employs culture as a means of resistance 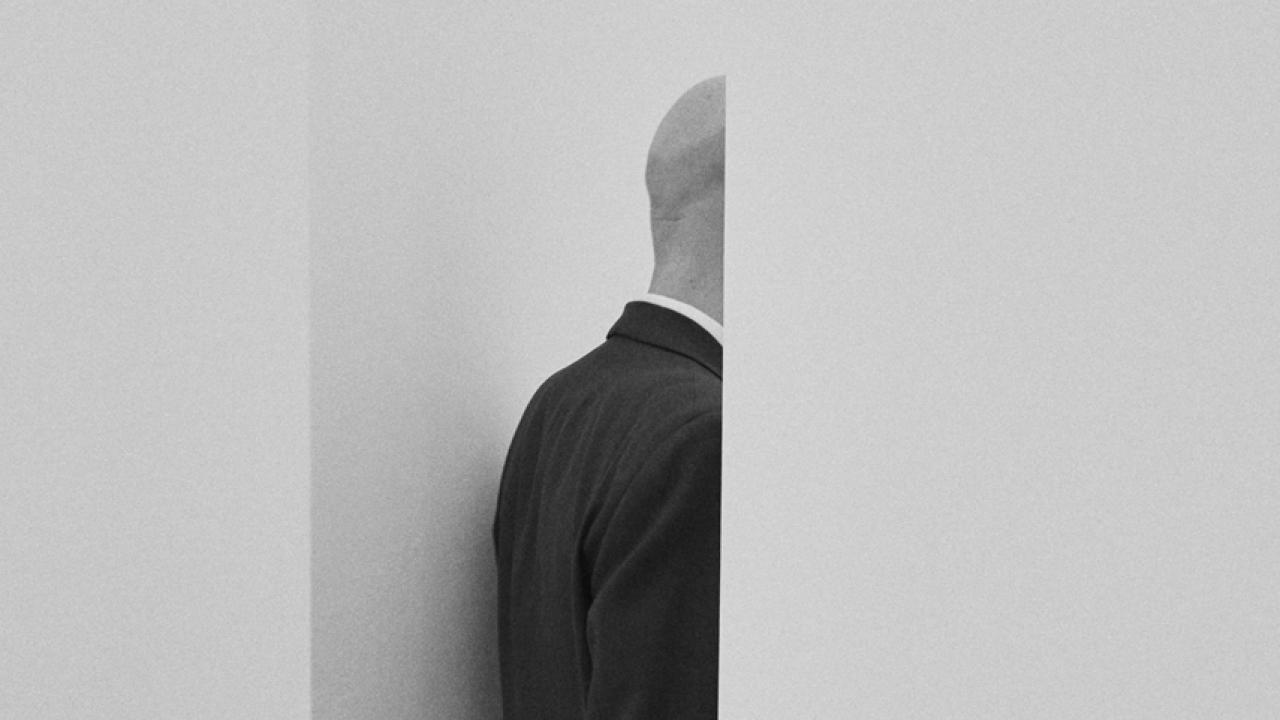 Ahead of co-curating Diálogos at Frieze New York, Charpenel talk to the Puerto Rican psychiatrist César Reyes about the intertwining of art and cultural inheritance