The six short films, two photographs and a sculptural installation in Luiz Roque’s solo show at Passerelle – Centre d’art contemporain offer a snapshot of the artist’s 20-year career. Eschewing strict chronological order, the works in ‘República’ speak to the artist’s persistent engagement with both global and local issues through his weaving of gender, race, class politics, ecology, modernism and science fiction into sensuous fragmentary, filmic narratives.

In S (2017) a group of genderfluid, mixed-raced young people gyrate to bass-heavy electronica in the subway tunnels of some unknown city. Like the underground urban proletariat of Fritz Lang’s Metropolis (1927), there is an aura of latent violence, a revolution ready to erupt. In one scene, a muscular boy, alone in a subway carriage, suddenly turns towards the camera. Without breaking eye contact, he begins to speak in sign language. Translated, his gestures read: ‘We are going to invade your homes, burn your cars; you will never be safe again.’ The film expresses the raw anger of subaltern communities, echoing the turbulence of political life in Roque’s native Brazil.

A wall separates this work from two other films, Zero (2019) and O Novo Monumento (The New Monument, 2013). In the former, a Shiba Inu dog in an autopiloted jet flies over sand dunes and between the mirrored facades of empty skyscrapers. The latter opens with a quote from ‘Nine Points on Monumentality’ (1943), an essay co-authored by Sigfried Giedion, Fernand Léger and Josep Lluís Sert. It states: ‘Monuments are, therefore, only possible in periods in which a unifying consciousness and unifying culture exists. Periods which exist for the moment have been unable to create lasting monuments.’ Next we see two dancers whose choreography suggests both the poses of voguing and the enactment of a ritual. A sequence of shots showing the rippling surface of a body of water (a recurring motif in the exhibition, evocative of gender fluidity) is followed by a scene in which three people on dirt bikes escort a flatbed truck carrying a large sculpture by neoconcrete artist Amílcar de Castro. Lastly, the sculpture is pictured alone in the middle of a remote field surrounded by mountains. Set against the backdrop of Brazil’s ‘creolized’ multiculturalism, the cinematographic framing of marginalized subculture and natural landscapes in O Novo Monumento seems to suggest that such ephemeral and heterogeneous elements can, on the contrary, leave lasting, monumental traces.

Upstairs, the video República (2020) is projected onto an immense circular screen suspended in the corner of a high-ceilinged room. Named after São Paulo’s historic LGBTQ+ neighbourhood, the film recounts the voyage from South America to Europe of a mixed-race, transgender woman. As she speaks, the tightly framed shot of her face and chest rotates around the circumference of the screen. This hypnotic motion seems to hint at both the continuum of discriminations and, once more, gender fluidity. The woman’s monologue is intercut with images of rippling water that, at certain points, pass slightly beyond the limits of the screen, casting a golden halo on the wall behind. In the last scene, a muscular figure paces and twirls before a bubbling fountain. The camera cuts to a closeup of his crotch, flat and sexless.

Elsewhere, a work like Brest (2020), reminds us that the issues that Roque tackles have a universal appeal. Here, the artist rotates by 90 degrees a photograph taken from the shores of Brest, transforming the golden reflections on the water’s rippled surface into an abstraction, like a piece of diaphanous, sequined fabric. The title alludes to Jean Genet’s novel Querelle de Brest (1947), a canonical work of LGBTQ+ literature set in the French port city that, like the exhibition itself, is at once realist and utopian. 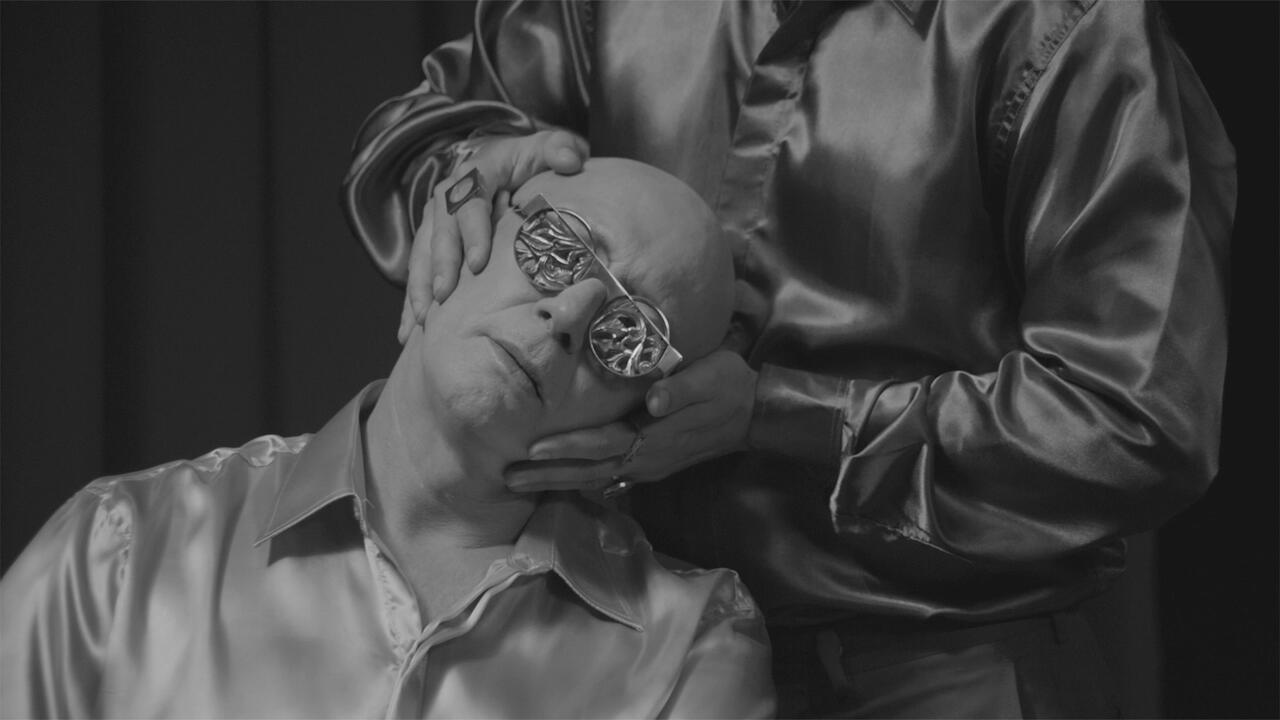 At PROA21 in Buenos Aires, the artist showcases a series of new films which convey the lifeforce that permeates the cities where he lives and the communities that build them up