Mexican-American Photographer Laura Aguilar, Chronicler of the Marginalized, Dies at 58

The Mexican-American photographer Laura Aguilar has passed away at the age of 58. Born in 1959 in San Gabriel, California, to a Mexican-American father and Mexican-Irish mother, Aguilar regarded herself as a largely self-taught photographer. ‘My photography has always provided me with an opportunity to open myself up and see the world around me. And most of all, photography makes me look within,’ she once wrote. Her work focused on notions of beauty and identity; in particular she focused on marginalized groups, from lesbians and Latinas to the working class. ‘She had an ability to cut through the biases and habits of thought that makes us see a smaller world than actually exists,’ Chon Noriega, director of the Chicano Studies Research Center told the Los Angeles Times. A retrospective of Aguilar’s work organized by the Vincent Price Art Museum, California, is now on view at the Frost Art Museum, Florida International University, Miami.

Get our bi-weekly briefing of art world news straight to your inbox by signing up here.

In an astonishing case, Anna Coliva, director of the Galleria Borghese in Rome, is to stand trial, charged with absenteeism and defrauding the public purse, after allegations that she had been visiting the gym during working hours. Coliva says that the overtime she has clocked made up for the absences – and according to sources, the allegations against the director were originally made by a warder who had been disciplined for ticket touting, the Art Newspaper reports.

Nan Goldin’s P.A.I.N. Group has held a protest at the Smithsonian Institution’s Arthur M. Sackler Gallery in Washington, D.C, throwing pill bottles into the gallery fountain and chanting ‘addiction equals profits’. The action followed a much publicized protest at the the Sackler Wing of New York’s Metropolitan Museum of Art last month – part of the artist’s campaign against the descendants of Raymond and Mortimer Sackler, owners of the opioid-manufacturing Purdue Pharmaceuticals. Don’t miss Rafia Zakaria on what the protests against cultural institutions’s complicity in the US opioid crisis tell us about arts patronage.

Quinquennial German exhibition documenta has announced financial executive Sabine Schormann as its new CEO. Schormann is currently director of the foundation of Lower Saxony’s Sparkasse bank and the foundation of VGH insurance. She succeeds Annette Kulenkampff who departed last year after the exhibition’s 2017 edition had to be rescued from the brink of bankruptcy. She will work with interim director Wolfgang Orthmayr before taking up the position this autumn. ‘I want to strengthen public perception and ensure the greatest possible development of documenta without intervening artistically’, Schormann said.

The Laurie M. Tisch Illumination Fund has promised USD$10 million to support arts initiatives that engage with mental health issues in New York. Recipients include the NYC Mural Arts Project which aims to battle stigma around mental illnesses through public art as well as nonprofit Arts & Minds which hosts museum tours for those with Alzheimer’s. ‘Decades of scientific study show that engagement in the arts provides cognitive, emotional, and physical health benefits for people from youth to old age, but there are great disparities in access to services in New York City,’ Laurie M. Tisch said.

The UK’s Blenheim Palace, ancestral seat of the Churchills, is set to host a major Yves Klein exhibition this summer. Organized in collaboration with the artist’s estate, ‘Yves Klein at Blenheim Palace’ will open on 18 July and feature around 50 works by the artist, including his Monochrome Paintings and Anthropometry body paintings – the largest show of Klein in the UK to date. ‘This exhibition will present Yves Klein’s artworks from a new angle and bring contemporary and neo-classical art into unprecedented dialogue, as a fluid tradition,’ Daniel Moquay of the Yves Klein Archives said.

In biennial news: the artist list for the Berlin Biennale’s 10th edition, opening June 9, has been published. This year’s edition, curated by Gabi Ngcobo and titled ‘We don’t need another hero’ (from the 1985 Tina Turner song), features 46 artists including Agnieszka Brzeżańska, Ana Mendieta, Dineo Seshee Bopape, Joanna Piotrowska, Luke Willis Thompson, Lubaina Himid, Okwui Okpokwasili and Sondra Perry – click here for details; the 2018 Bienal de São Paulo, curated by Gabriel Pérez-Barreiro, with seven ‘artist-curators’ has released its artist list for its 33rd edition, opening 7 September, which will include Andrea Büttner, Mark Dion, Jennifer Tee and Ben Rivers – click here for details; and organizers of the nomadic European biennial Manifesta, which opens in Palermo this summer, have revealed initial participants which include Maria Thereza Alves, Gilles Clément and Jelili Atiku. Further ahead, the The Sharjah Art Foundation has announced an initial group of 23 artists participating in the 2019 Sharjah Biennial, set to open in the United Arab Emirates in March 2019, including Lisa Reihana, Otobong Nkanga, Isabel Lewis and Wu Tsang. The full list will be announced in the coming months.

In gallery news: Paris’s Galerie Samy Abraham is closing after 7 years in operation – Abraham said the decision was in part due to financial challenges; artist duo Nathalie Djurberg and Hans Berg are now represented in the US by New York’s Tanya Bonakdar Gallery; and New York’s Lower East Side is getting a new gallery – Signs and Symbols opens this Sunday with a solo show by Rachel Garrard.

And finally Munich is the latest city to host a Condo-inspired gallery share. Called Various Others and taking place this September, galleries across the city will open their spaces to international partners. ‘The generation before us more or less fought against each other, but our generation is working together,’ gallerist Johannes Sperling told Artnet News. Read our feature examining whether such ‘collaborative exhibitions’ are the future for galleries. 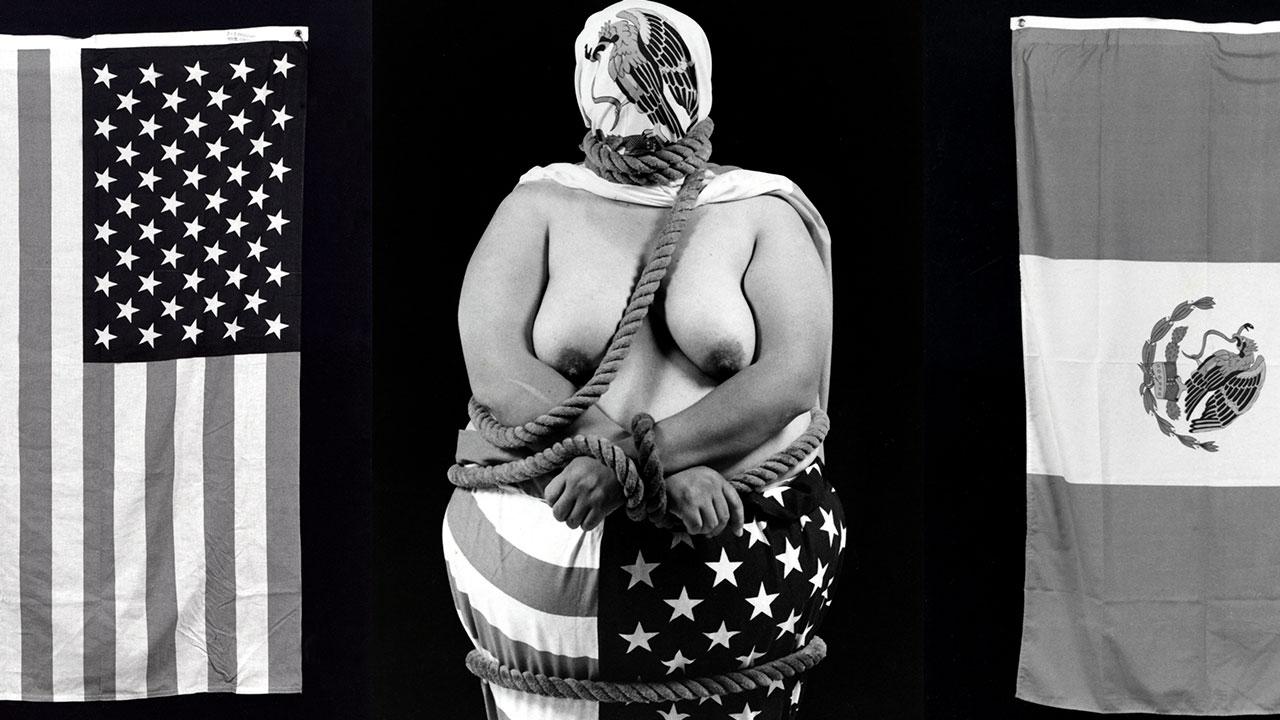